Multiple astrological events contribute to two thousand and seventeen being an exciting astrological year. Our observation of the Quadrantids Meteor Shower on January 3rd and 4th, known for its exceptional color, blue from the high magnesium content, is alas, obscured because of cloudy weather.  Clear skies on January 31st, Mars and Venus formed a cosmic triangle with the moon – a spectacular delight.  On August 11th once again cloudy conditions interfere with viewing of the Perseids Meteor Shower.

Nilla and Jackson have yet to learn about the Great American Solar Eclipse even though plans were set in motion in December 2016.  The rare total solar eclipse being a once in a lifetime event, the last solar eclipse traversing the continental United States occurred on June 8th 1918 – nearly one hundred years ago – and not to occur again until 2024.  This 2017 remarkable eclipse is to begin on the Pacific coast, traveling through the center of the United States to the South Carolina coast.

“Should we take ‘the kids’?

“I’m not sure the special glasses come in their sizes.”

“You’re crafty, you can make some.”

Nilla is so excited.  Does Jackson know about this?  Surely he must have heard something about this in the office!

Jackson, enjoying the eclipse chit chat in the office, and something about a ‘bucket list’ can’t believe his big ears!! A solar eclipse medallion affixed around his neck, is appropriate attire for such a marvelous event.

“I feel sooo privileged! I can hardly wait!”

Does Nilla know about this? he wonders.  Surely she must – she seems to know everything about our guardians’ travels.

On August 19th Jackson leaves instructions to the office staff and hops again into the orange back pack.

Nilla is waiting for Jackson’s arrival, she too has a medallion around her neck.

Jackson is very impressed with the United States Postal Service’s first ever thermochromic stamp released on June 20th, dedicated to this marvelous event.  The stamp uses special thermochromic ink developed by Chromatic Technologies Inc. in Colorado Springs and features photographs courtesy of astrophysicist and solar eclipse chaser, Fred Espenak.  Art director Antonio Alcala designed the stamp that when heat activated the color changing ink will fade revealing a moon over the blotted-out sun.  The first-day issue ceremony occurs on June 21st at the University of Wyoming in Laramie.

“What are these things”? Jackson asks Nilla, assuming she has heard about this through conversations at home. 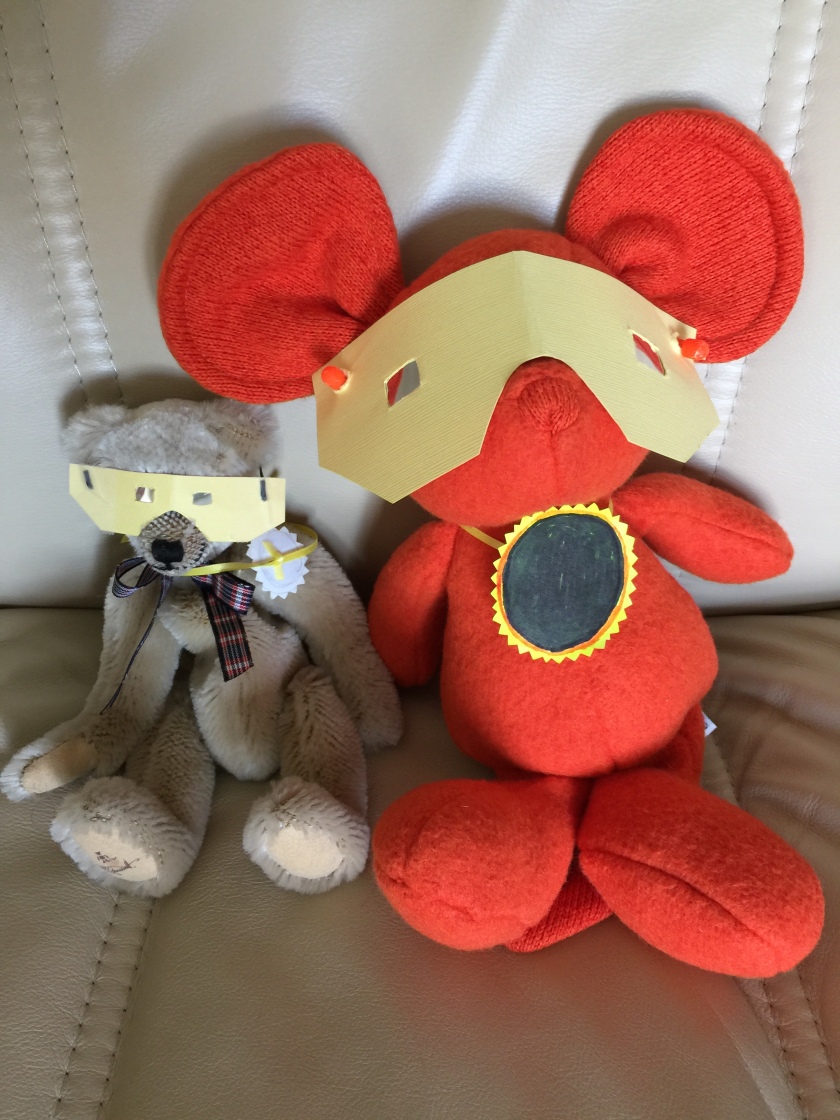 “Oh, these are special glasses – to keep our eyes safe while we look at the eclipse.” Nilla tells him.

“Do you know where we’re going?”

“Goodletsville, Tennessee.  There’s been a problem with the reservation at the Hampton Inn though – lost the reservation when it was sold to Travel Lodge.  We have reservations now at the Bucksnort Inn and Truck Stop – everything else is sold out!!!”

“Sounds a bit creepy to me!” Jackson replies.

“There maybe a chance that we’ll stay in White House, Tennessee though – arrangements in progress through Airbnb.”

“That would be an improvement, I’m sure.” Jackson sighs.

On August 20th, off to the airport and smooth flight to Nashville.

Lines and lines.  Nilla and Jackson take the opportunity to people watch while waiting for the rental car.  Good thing we have a reservation – gouging prices for those just walking up to the counter. 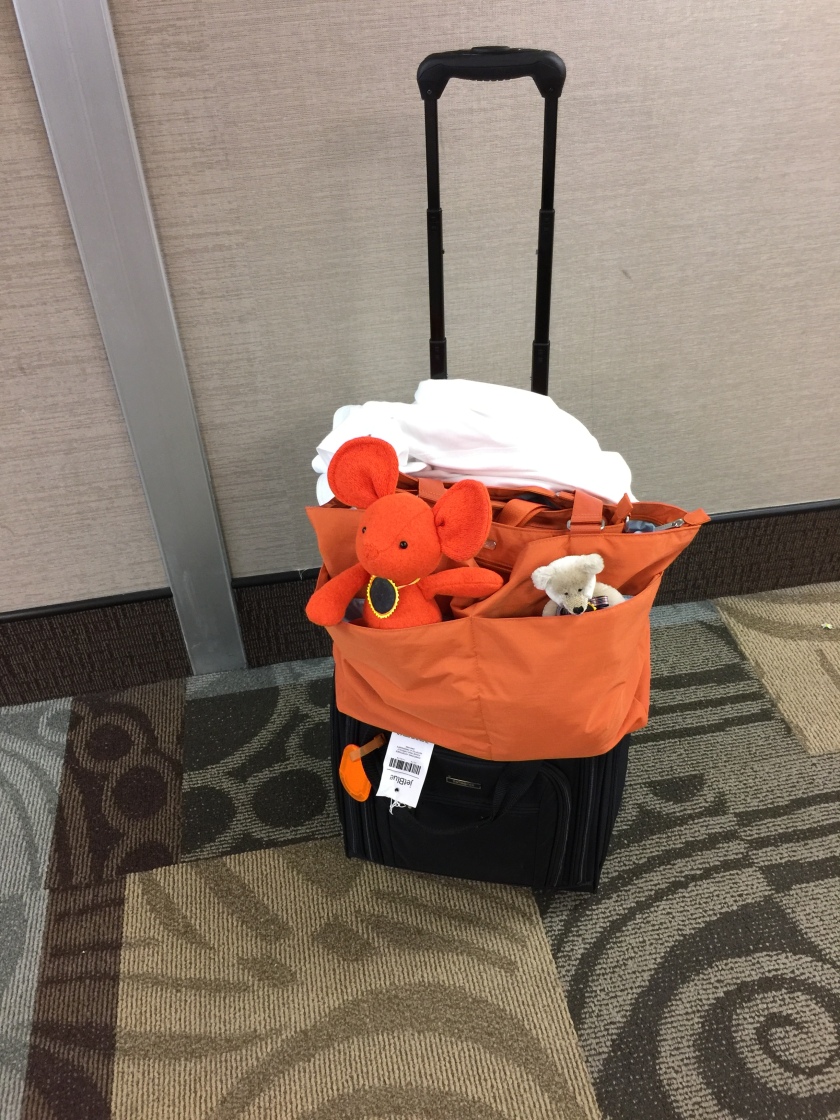 “Hey, maybe we can get TSA Pre-Check? What do you think Nilla?”

Time to explore Goodlettsville – lots of photo opportunities here – hanging around the Moss-Wright Park, or rocking at the town hall. 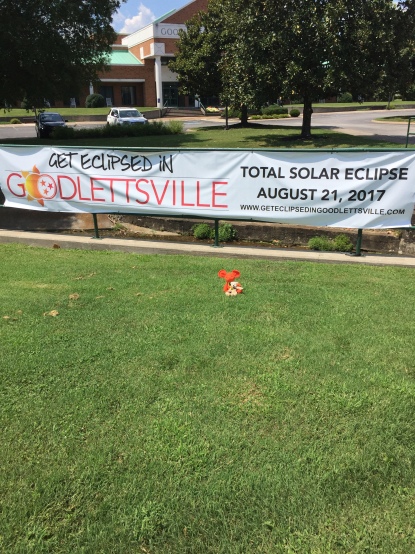 Our hosts, Christy Hooper and her husband Bill aren’t home but leave a key for us.  Time to settle in and rest for the big day tomorrow.

August 21st – the day has finally arrived.  Will the weather cooperate? 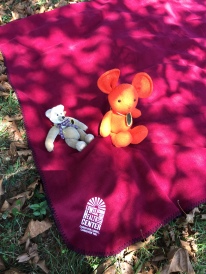 People at the park are so friendly and welcoming – and give our guardians more special glasses.  It’s a sunny day – just a few clouds – and verry warm! 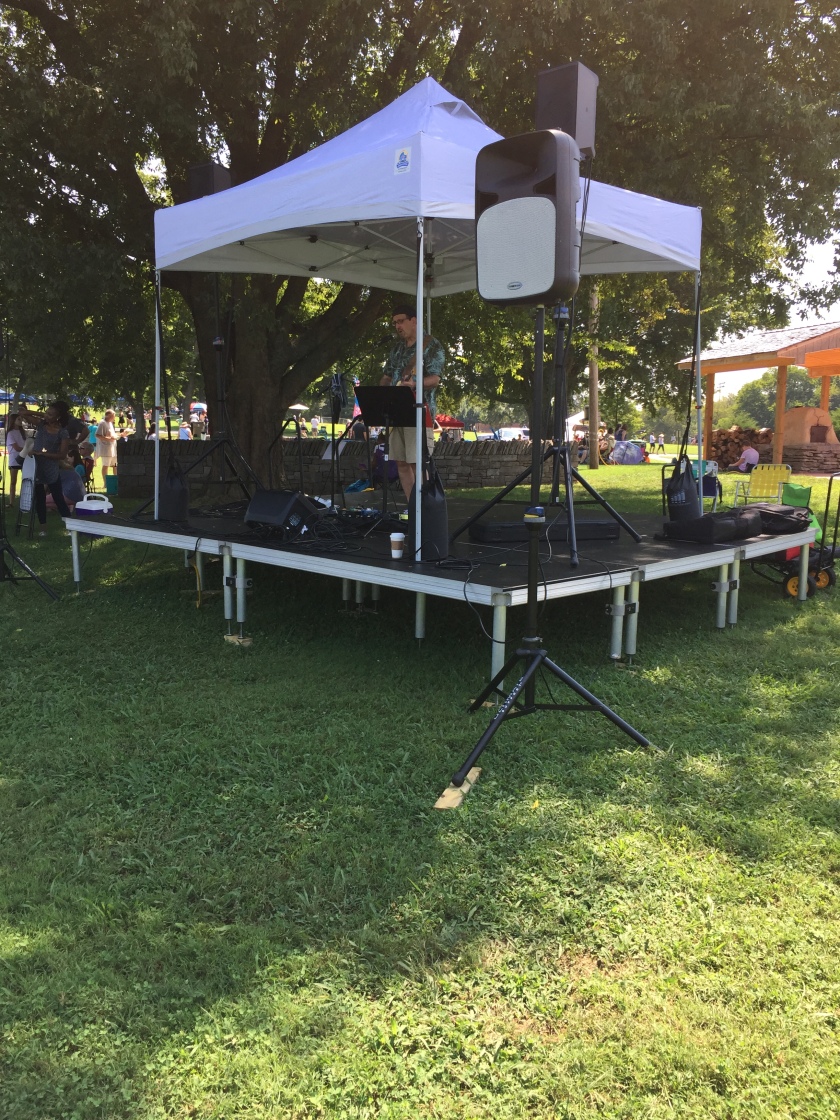 Nice music fills the park which is not crowded at all.

As the eclipse begins a silence falls on the park – piano playing in a distance – time to put on the glasses.  Attempts to take pictures of the actual eclipse are not possible using a regular camera without special filters – so we lie back and enjoy the phenomenal display.  It never gets totally dark even during the total eclipse, lasting about two and a half minutes. 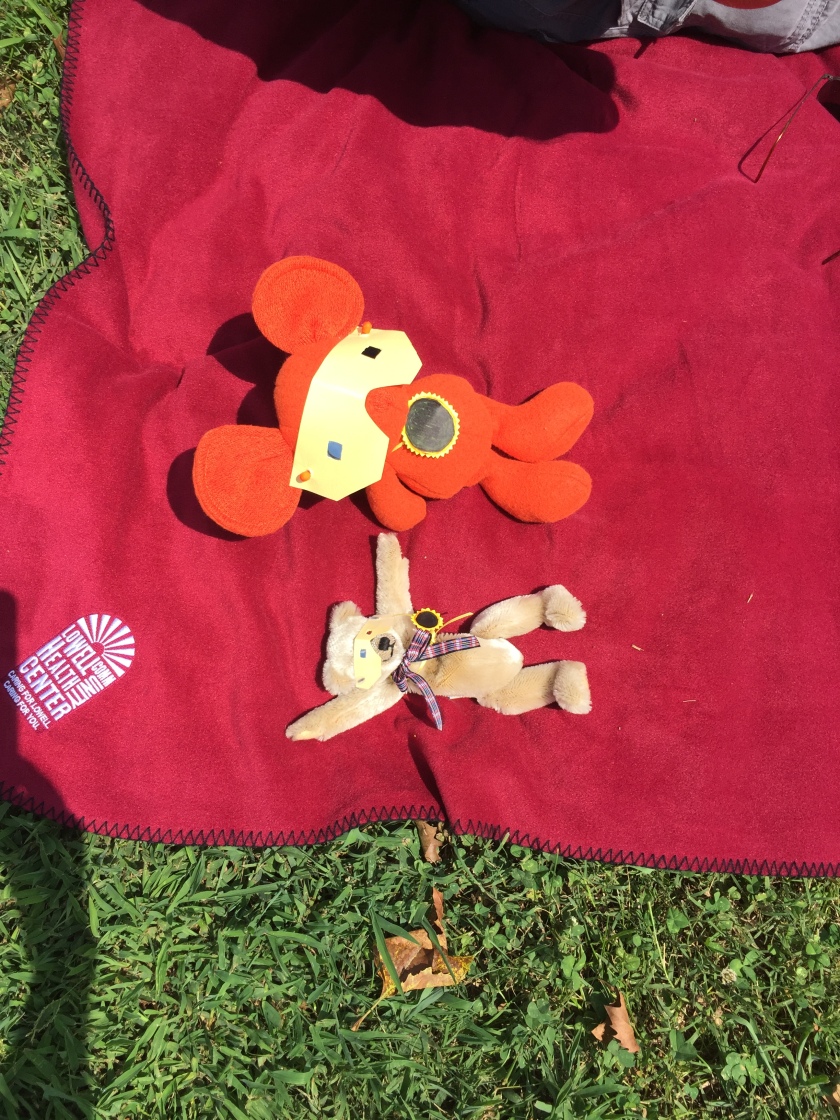 So spiritual and unforgettable!!  Back home, others have taken photos of the partial eclipse with special camera lens adapters.  Still, even though partial, a remarkable event.  The total solar eclipse of April 6th, 2024 may rival this one.  It will start on the east coast in Maine and travel across the country to Texas. The geographic area in Maine where totality is to occur is very rural.  Will we be fortunate enough to see a second total eclipse?