“Nilla, I’m glad we’re up here on the balcony while the Ts are at the pool.”

“Because I really don’t like how the iguanas look at us.  Even though there is a sign requesting that people don’t feed them, they still do.  The ‘no feed’ sign seems to have decreased the iguana population but there are still some big ones.” 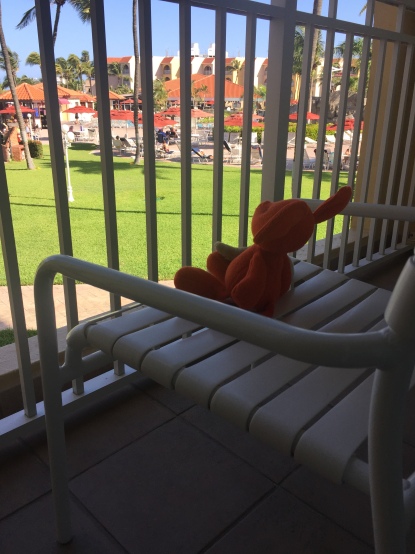 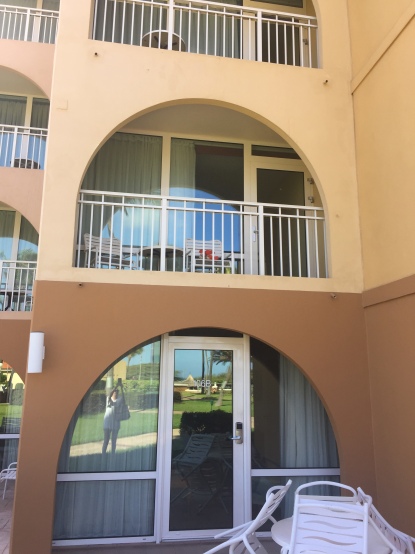 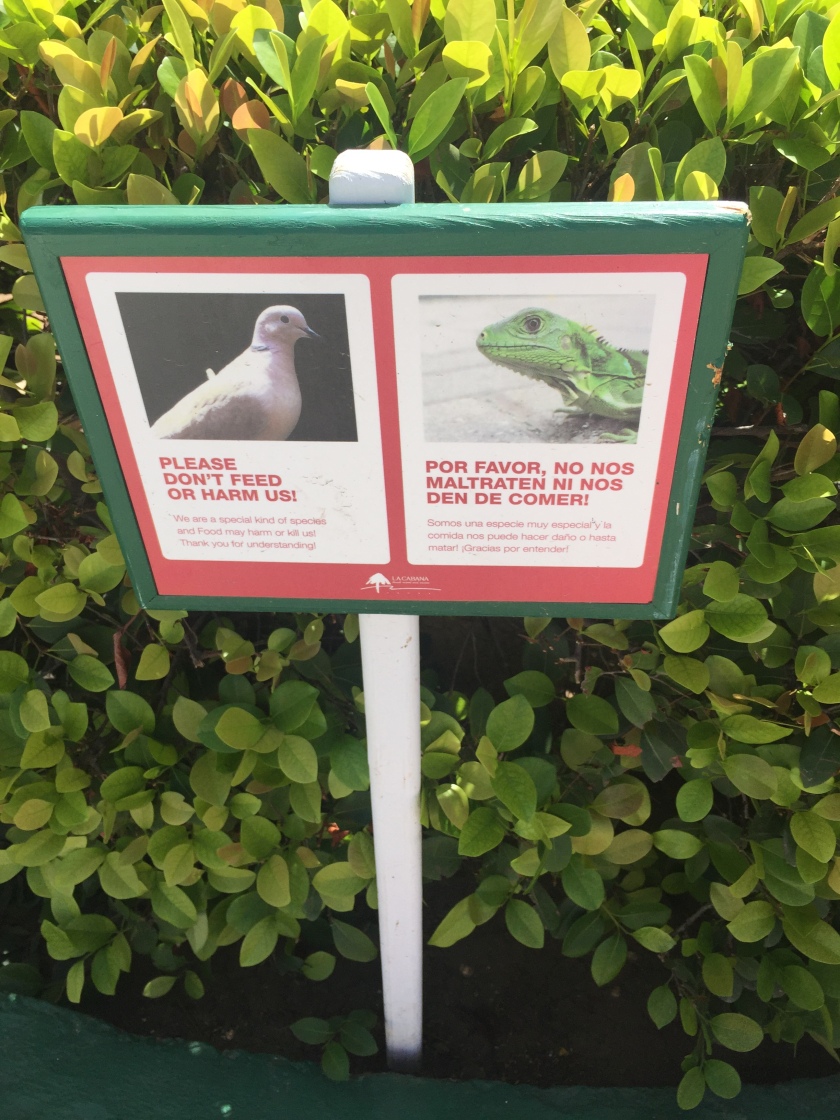 “I understand a trip to town is planned for later this afternoon.”

“So, we’ll just sit here in the shade and people watch till then.”

“A bus ride, how exciting!” 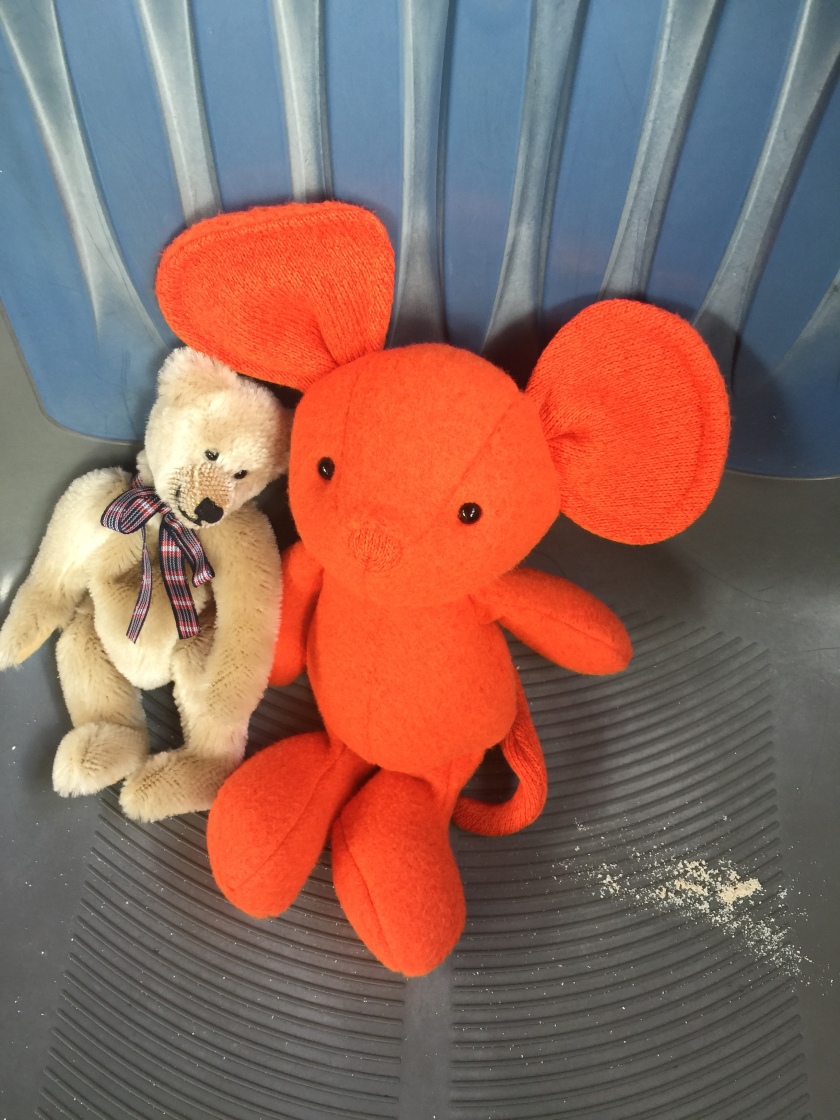 “I’t busy in port, Jackson.  I can count four cruise ships, not including the four-masted schooner.” 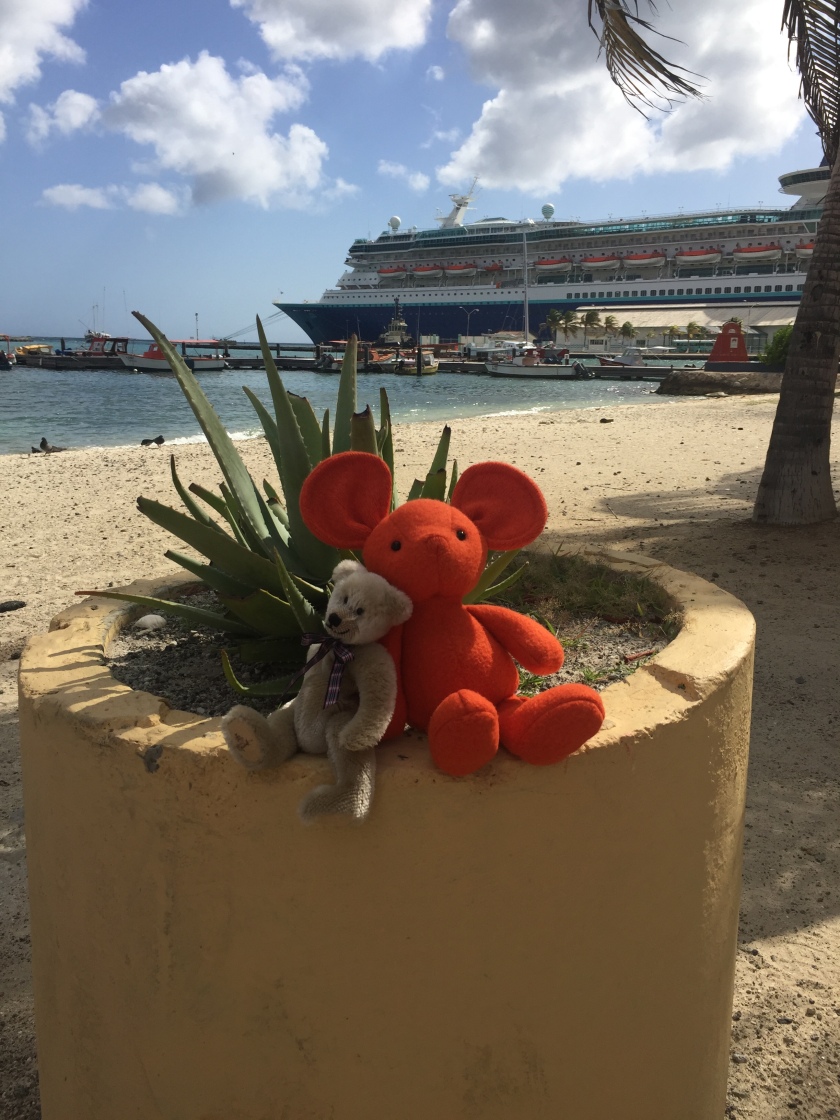 “Lots of bling stores too!  There’s the Pandora shop!”

“No bling for you Nilla, not this trip at least.”

“Where are we going? Do you know Jackson?”

“To the post office to send some cards.  Walking, after sitting around earlier today, is a good thing.”

Post Aruba N.V. is the post office of Aruba and is part of the Kingdom of the Netherlands.  The postal service was privatized in September 2005, previously a public endeavor.  The first mail delivered to Aruba came on boats sailing here from Venezuela or Curacao, arriving to Oranjestad and then delivered by islanders.  In the late 1800’s the Aruban governor was named the Director of Post and given the responsibility of delivering the mail.  When Post Aruba obtained internal autonomy in 1986, Aruba started issuing it’s own stamps, not just postal stamps but revenue stamps as well. 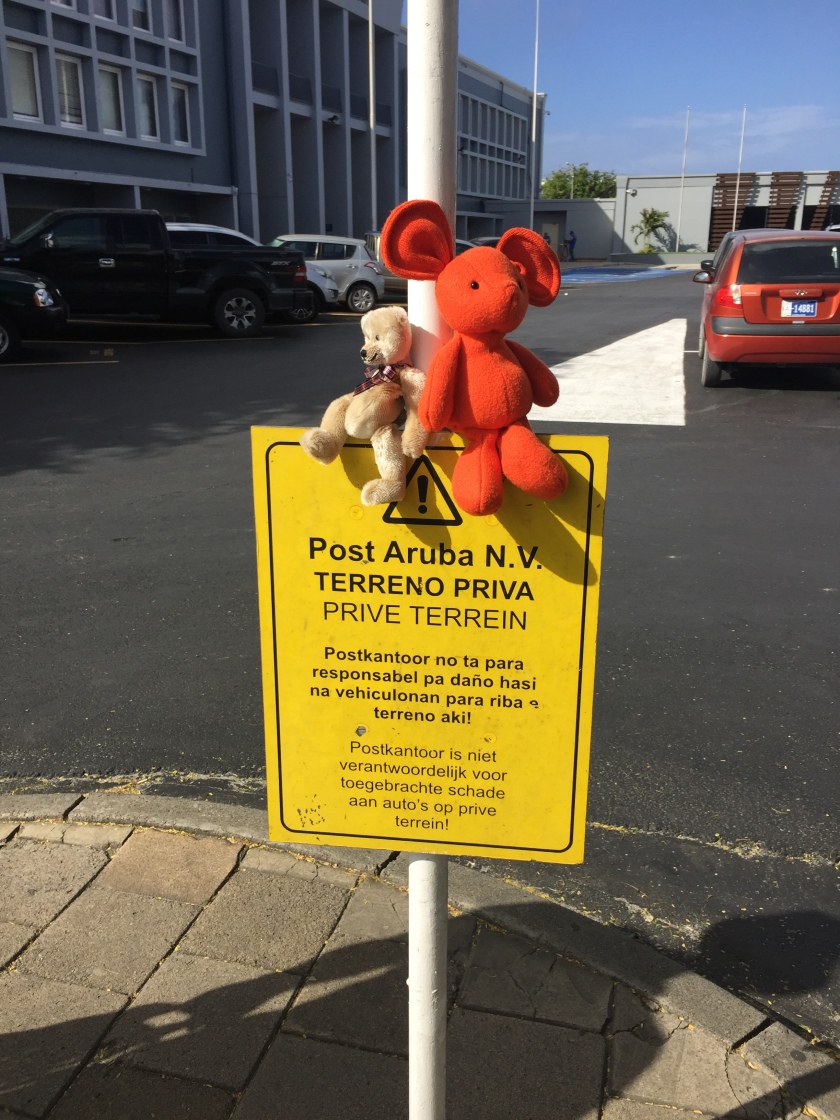 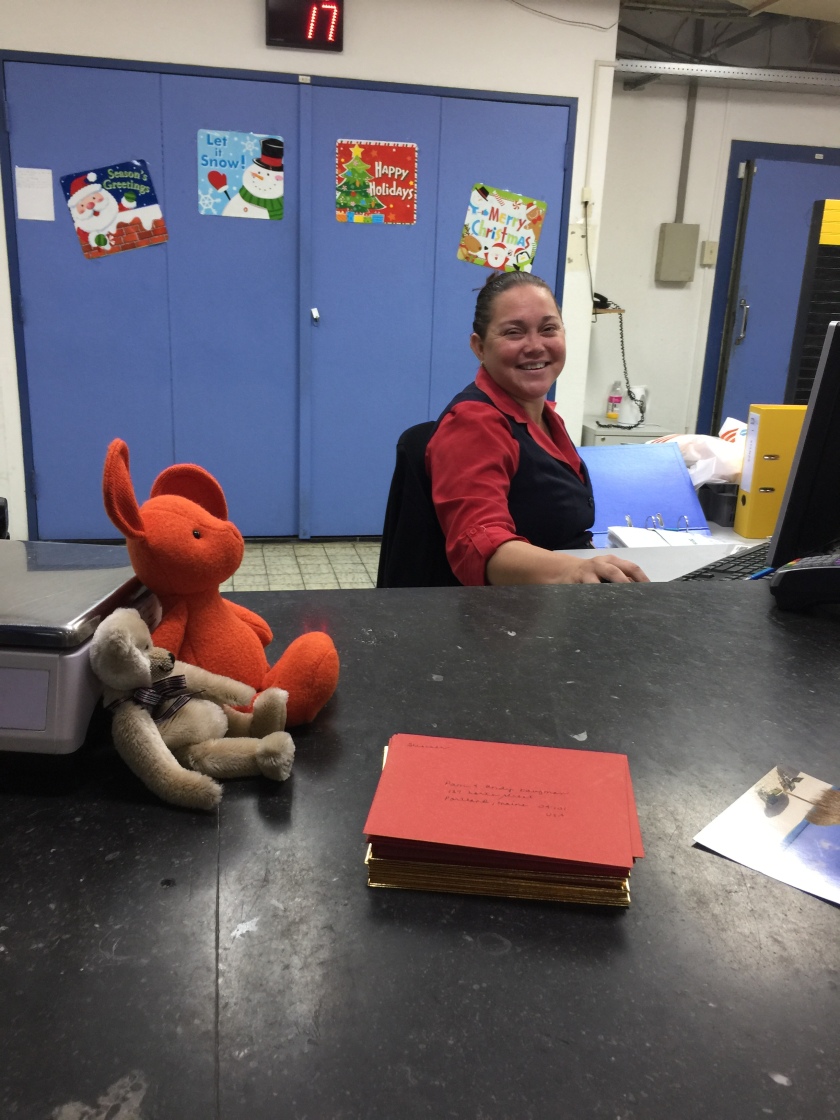 Lunch at Lucy’s then back home. 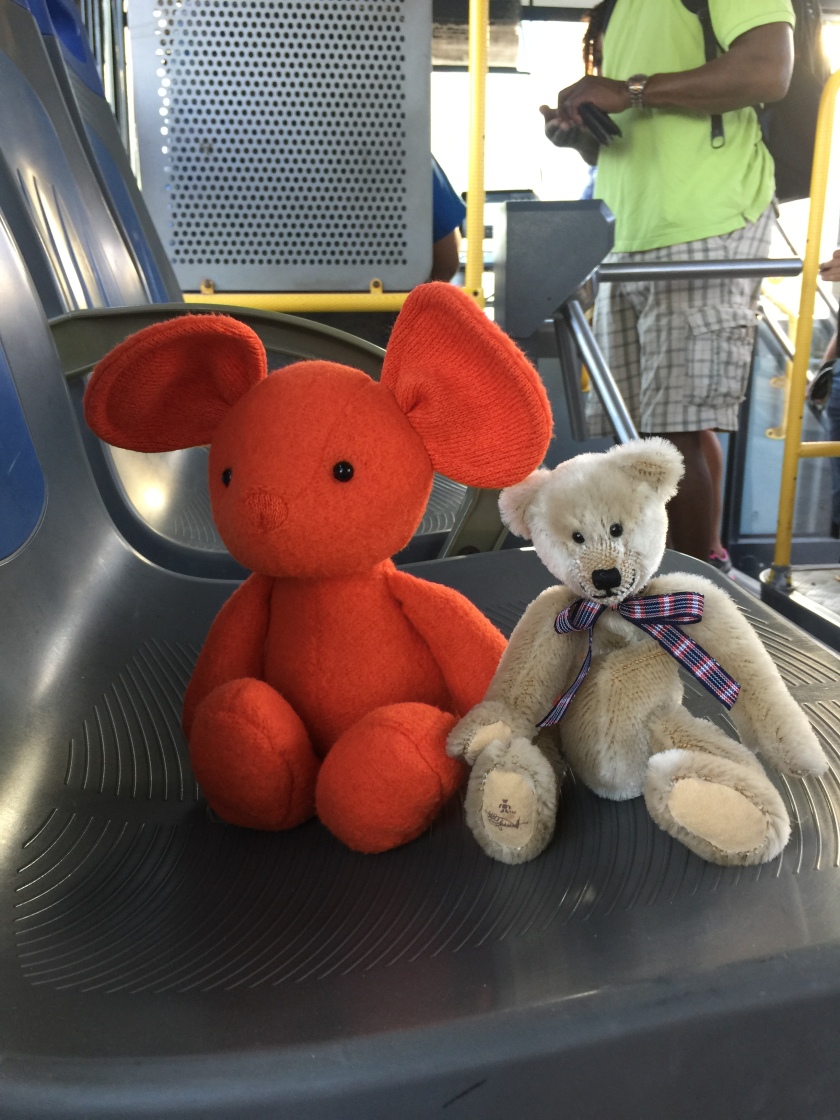 It’s just about six o’clock, time to think about meals for tomorrow.  Up early to the beach.