“It really is mango season Jackson!  This mango is delicious.”

“So what’s the plan for today?”

“We should do some laundry though before we go out.  Time we’ll see if the machine acts up again!”

“Be especially careful if the hot water valve is turned on – I suspect that may be the problem.”

“You’re right Jackson, look the water is not turning off!” 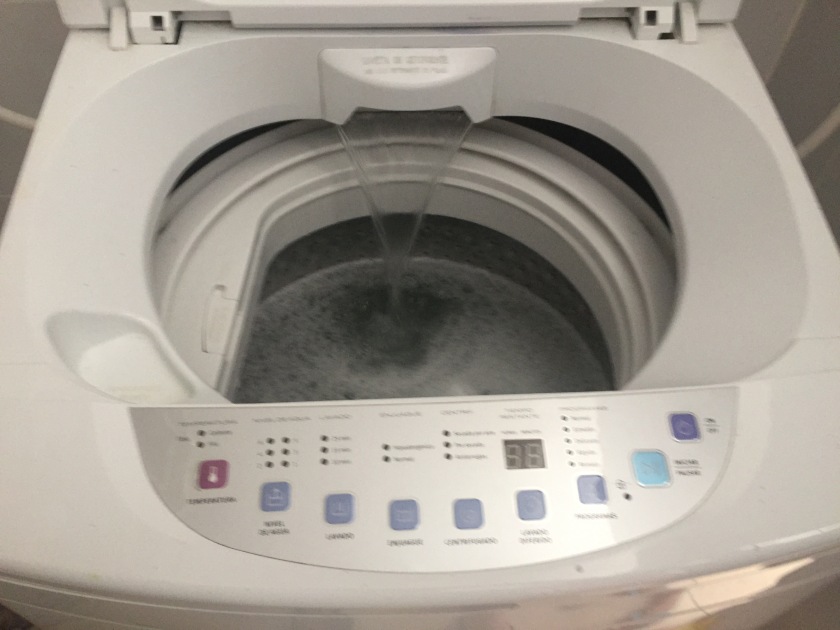 “It should be okay if we turn off the hot water valve.  We’ll let Russell and Amarita know that we determined what the problem is.”

“At least now we know what’s happening.  That’s a relief.”

“I thought the weekends here were busy and noisy.”

“I did too Jackson.  The Ts are going for their afternoon walk after folding the line-dried clothes, maybe they will find out.”

There is no one on the beach except for two young women and they are soon told to leave by the firemen patrolling the malecon and the beach.  The sea water is coming up to, onto and in some cases completely over the roadway. 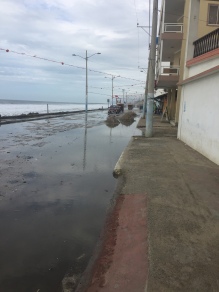 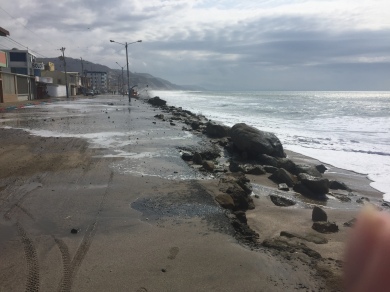 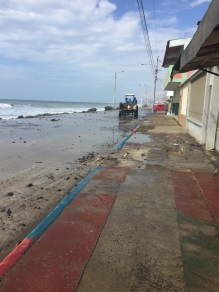 In some places there is so much debris that the tricimotos have to be careful going up and down the street. 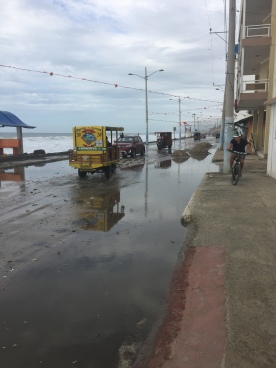 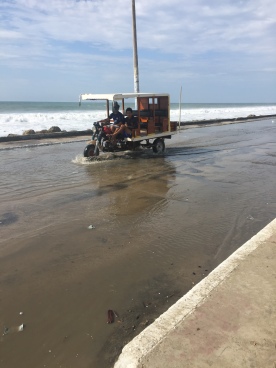 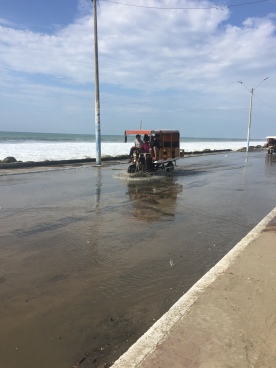 They call this condition the aguadote and explain that this occurs about two times a year.  Unfortunate that this astronomical high tide is happening on the weekend when vendors expect to do a brisk business.  While those with commercial interest are lamenting the situation, others are laughing and waving to friends.  Others just sit on the sidewalks and watch or take pictures.  A group of men play checkers on a improvised homemade board with bottle caps as the checkers outside a cafe. 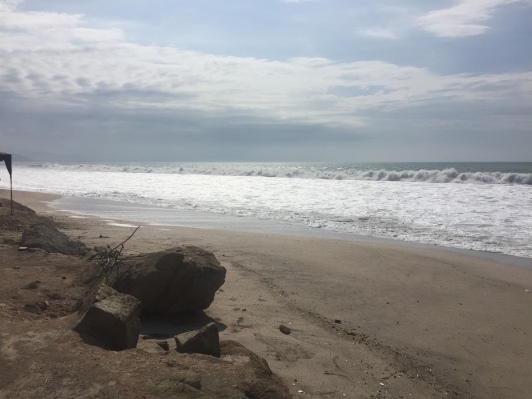 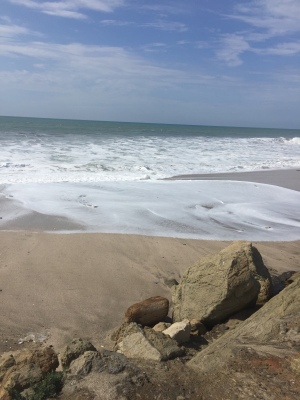 The army usually has duties in Crucita during the weekend, as supplemental law enforcers.  They have little to do today except walk the sidewalks, stop and chat with some and, watch the waves.  Here, it is shoveling sand, not snow on December 22nd. 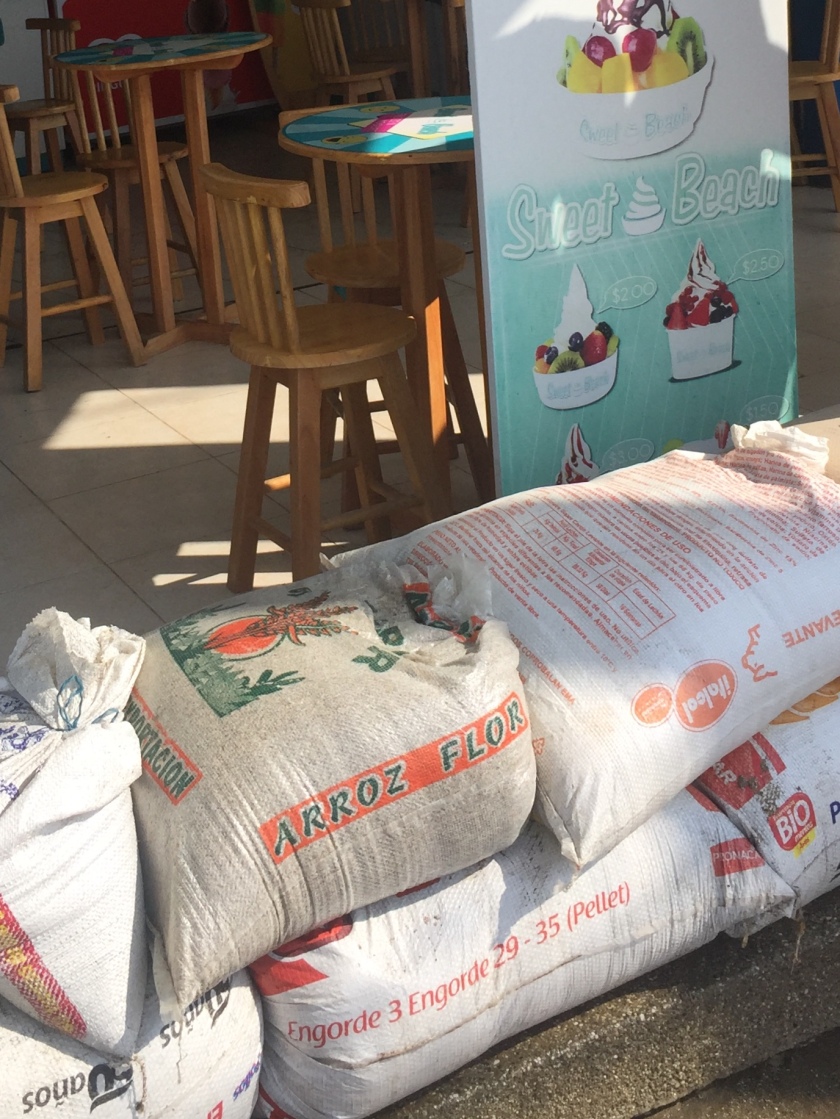 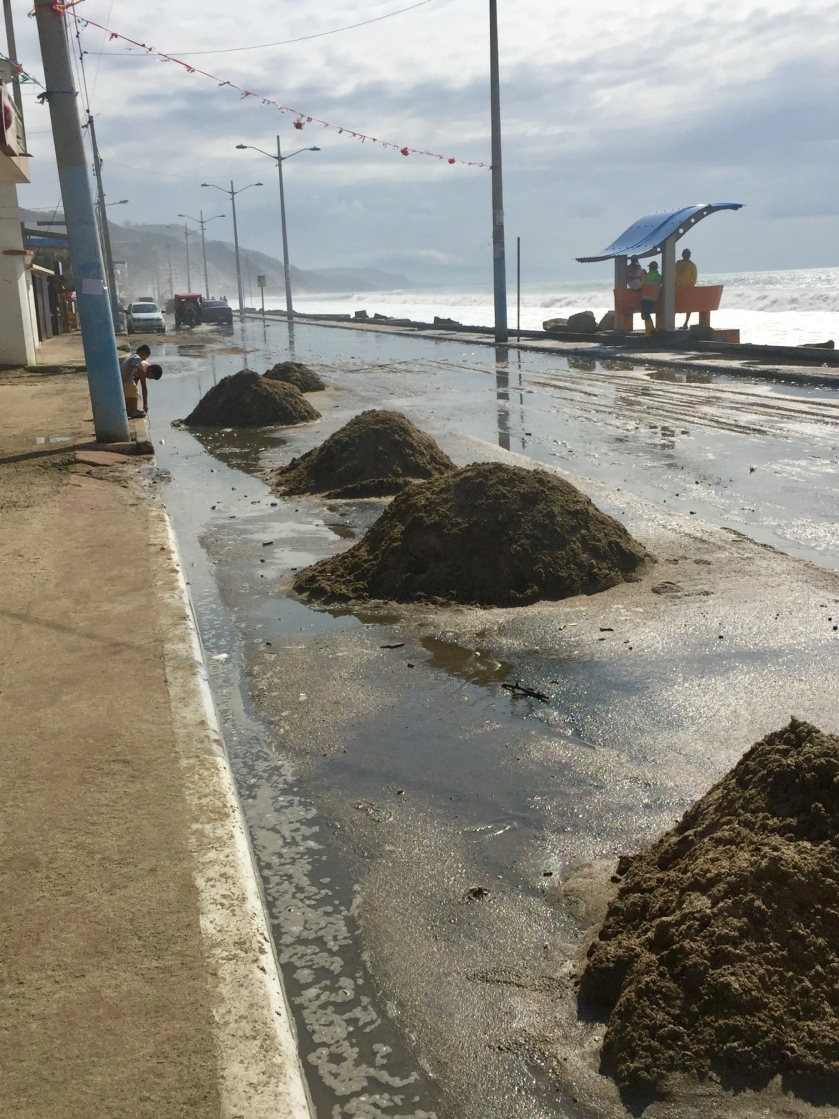 One store front/cafe has sand bags to keep the water from splashing in. 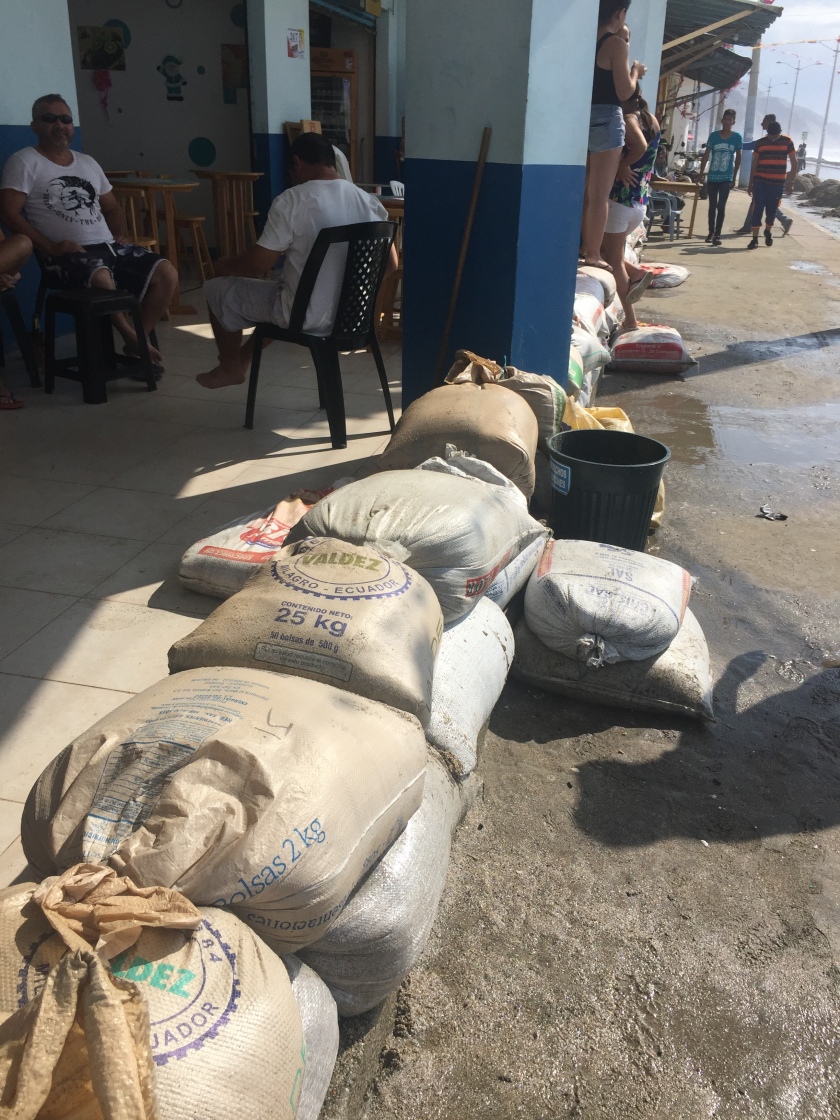 The creche is fairly dry, the manger still empty, waiting for the baby Jesus. 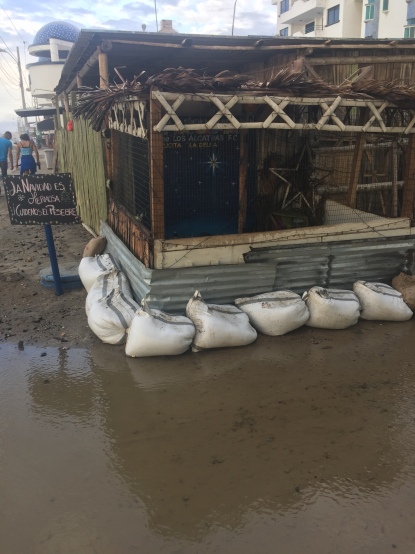 A delicious ‘lupper’ at Rimini, a little rice with dorado a la plancha followed by ceviche dorado.  Dorado is one of the most easily recognizable fish because of it’s color.  Las Ramblas is also relatively quiet and Jonathan, the sushi chef is chuckling as he watches Home Alone, the version on the TV seems to be a combination of Home Alone One and Two.

Back at Las Dunas, a little unadulterated Home Along Two