“To you as well Jackson.”

“Did you hear all that noise last night?”

“It was music and it was early this morning!”

“It’s raining out – what are we going to do today?” 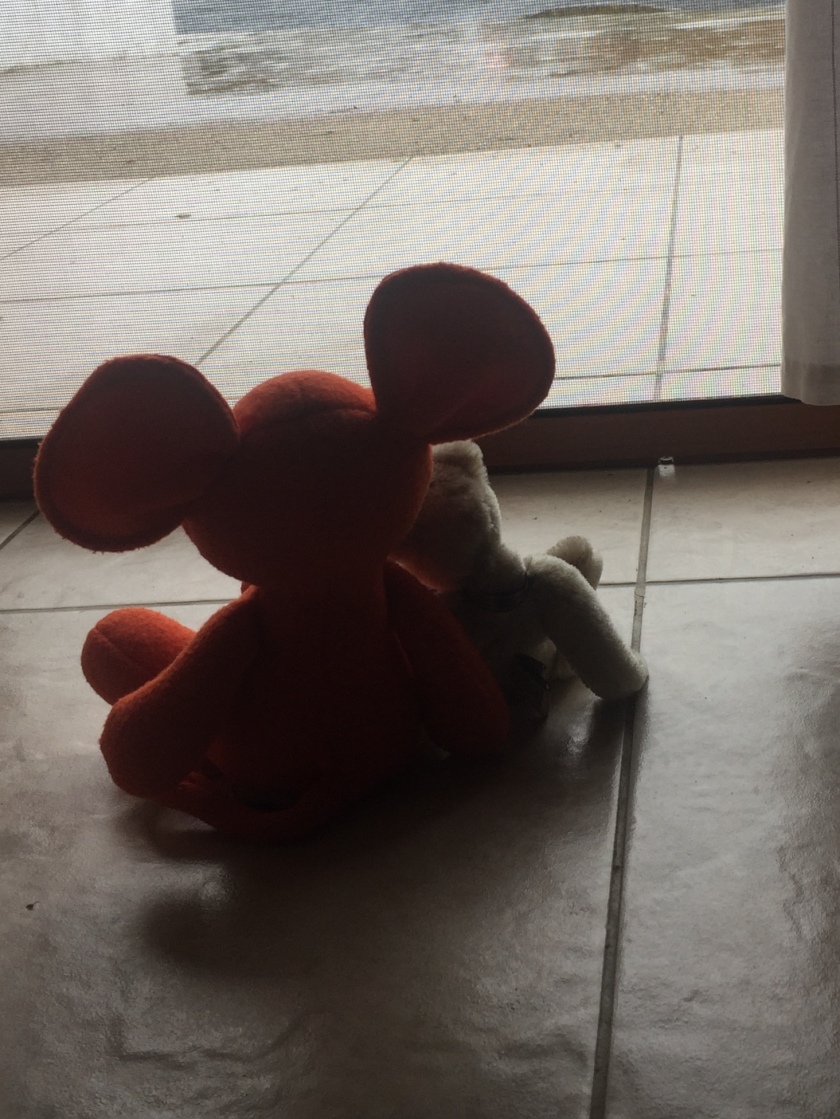 “So what’s the topic today?”

“Unfinished buildings, haven’t you noticed them?” 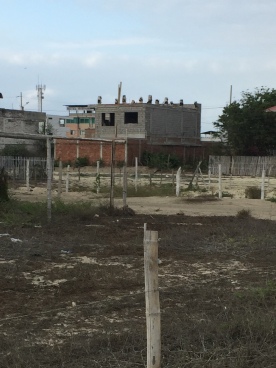 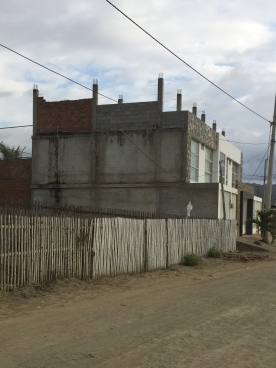 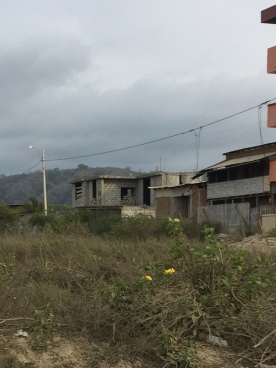 “Of course I have Nilla.  Any thoughts as to why?”

“There are several.  Unfinished construction is not a recent observation but one that has been ongoing over years.” 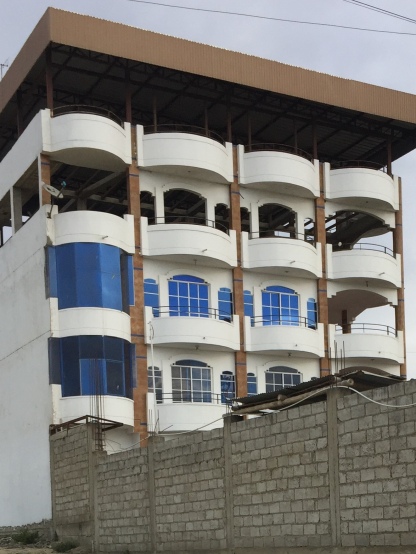 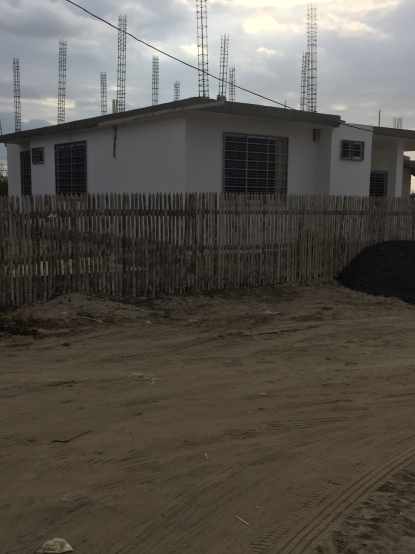 “Do you believe the 2016 earthquake though might have contributed to it?”

“Absolutely, people got frightened, left projects undone and haven’t returned, but that would be specific to the coast and not the rest of the country.”

“So what other reasons are there Nilla?”

“Money.  Unlike borrowing money from a financial institution, people save money and yes, some do borrow, but not like mortgages in the United States.  The project is started and when the money runs out – so does the construction.”

“Is it ever resumed?”

“Sometimes.  You’ll notice that even though the construction is not complete, if at least the first floor is close to being finished, people will live in an unfinished home.”

“What I find rather ugly is the rebar sticking up off of roof tops or along the sides of the building.”

“Another thought is that it is left there in case they want to build onto the existing structure and the rebar is there for that possible addition.”

“So it’s not a matter of taxes and having ‘a technically’ unfinished building and therefore not taxed or taxed less.”

“Yes, Jackson, that is indeed another possibility, but how often that is the case – who knows?”

“There’s rebar sticking out of the house we’re staying at.”

“And the house is over twenty years old.”

“An addition is unlikely, don’t you think?”

“It is the rainy season, things are greening up, springing back to life.  It will be beautiful, with old dried plants blossoming.”

“And the weeds too along the back patio.”

“While it’s raining out, I have an idea for tomorrow’s blog – education in Ecuador.”

“The Ts need to help their friend with the ATM.  It’s still raining and we’ll have to stay home.”

“While we’re at home we can decide what our friend’s name should be.”

“What would you suggest Nilla?”

“And eating the unknown?”

“What do you mean by that Nilla?”

“Well, if you don’t know what something is on the menu and order it anyway, that’s the unknown.”

The streets look like melted milk chocolate – dirt and the rain mix. Mud everywhere, but people along the Malecon don’t seem to mind.  The three kings are in the manger. 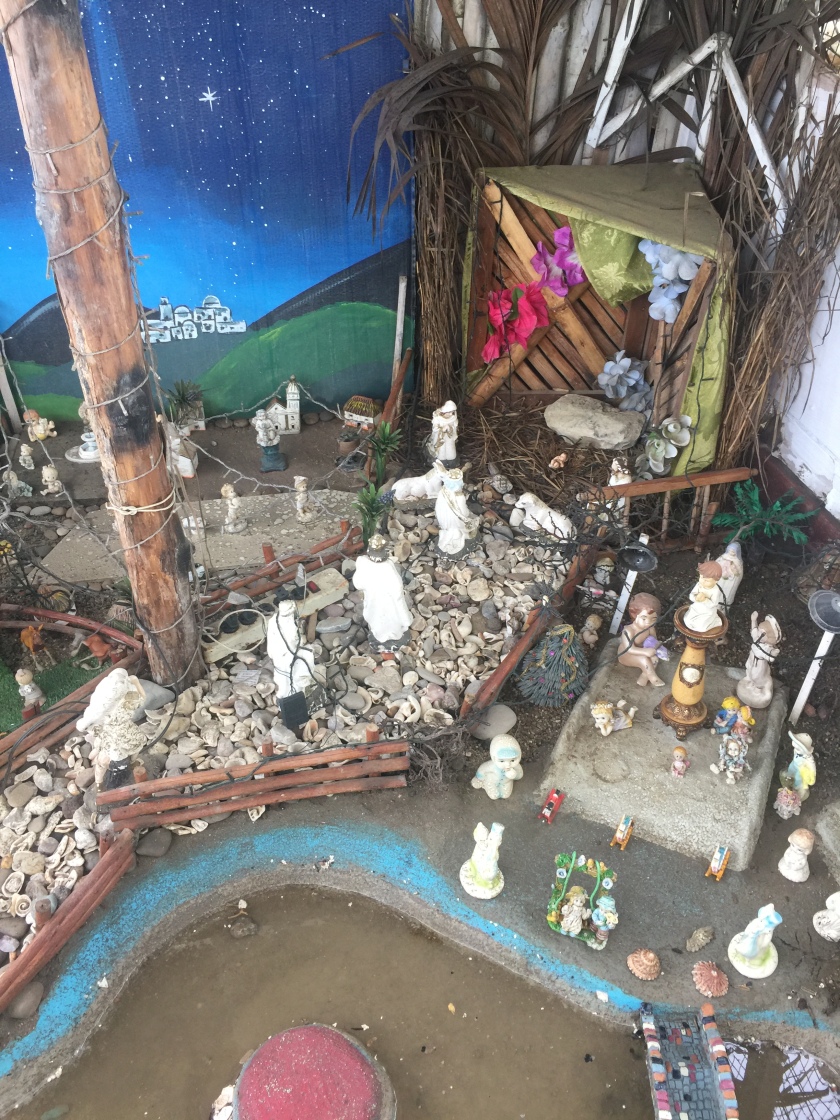 The bakery is closed until 6:00 PM and it is still raining.  Time for a tricimoto to the Crucita Village for dinner.  Hamburgers and wings – delicious!

It’s after 6:00 and no trimotos in sight.  Time to head home and try the bakery tomorrow.  Maybe some shrimp on the menu with a little pasta.

“Nilla, do you know that there’s a gecko behind our refrigerator?”

“Of course I do Jackson.  Who do you think does mosquito patrol?”