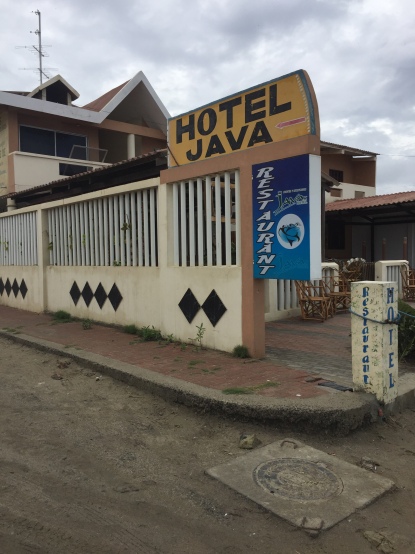 “The WiFi/internet is slower than a Galapagos tortoise this morning.  Or is it turtle.”

“No, no, no Nilla, we’re not getting into the difference between a turtle and a tortoise today – save that one for later.  Walking around yesterday I noticed hotels, hostels and hostelerias want to know the difference.  They don’t seem to have motels in Crucita.”

“A motel is a roadside hotel designed for motorists,  and typically low-rise buildings in a ‘I’, ‘U’, or ‘L’ shape with plenty of parking and located near major roadways or interstates.  The are usually less expensive than an hotel, and don’t have a common space for guests to share.  But in the United States there are many variations on the ‘motel’ since they became popular post World War II and the development of the highway infrastructure system. The term motel is actually a contraction of motor hotel.”

I know that hotels tend to be located in major cities and accommodate guests short term, although there are long-term residents as well, may have conference space and restaurants and typically have a lobby where people can gather and chat, usually near the reception areas.  You can reserve a room or even a luxury suite.  The first publicly held hotel in the United States was the City Hotel in New York City that opened in ow rise building in I L or 1792.  If you consider the current day hotel concept, then Tremont House in Boston was the first, opening in 1829.”

“But that still doesn’t answer the question of, what is the difference between a hostel and a hotel, especially here in Crucita.”

“Jackson, as I said earlier, that difference may not be clear.  I’m not sure there are any laws in Ecuador governing the name of an overnight or long-term stay establishment. But generally in a hostel one rents a bed not a room, typically the bed is in a dormitory-like arrangement and the bathroom and lounge are shared.  Sometimes there is a shared kitchen.  Hostels are much less expensive than hotels, there are no hidden fees, but also no sophisticated amenities either.  Sometimes you can negotiate the price. While there is no concierge, most hostel staff are able to guide guests to places of interest and locations where the ‘locals’ might congregate.  It is a very social experience generally”

“I’ve also seen signs for a hosteleria.  What is that Nilla?”

“Hostelerias often provide a bed and some food, such as breakfast.” 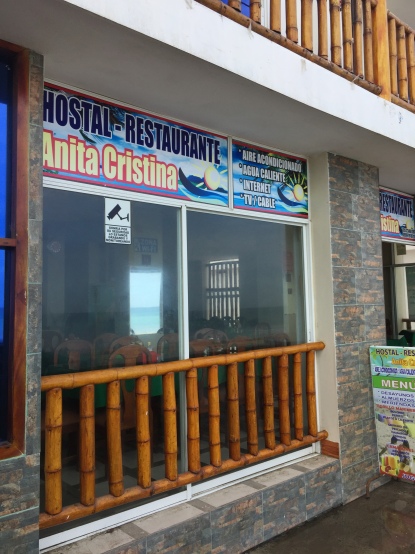 “It’s still confusing to me.”

“The Ts are back from their walk on the beach and dip in the Pacific.  I wonder what treasures they found today?”

“Looks like some sand dollars, shells, and a beaded bracelet.”

“There’s a rock with a bunch of holes in it too.”

“Weird looking for sure.  Don’t know what they plan to do with that.”

“Any more talk about the Galapagos trip.”

“Haven’t heard any, but they are having dinner with the Aventurero this afternoon before the card game at Julio’s.  Maybe then.”

“It they take us along we’ll find out.”

The Alaska Restaurante is closed, too bad the ceviche there is fabulous and the Trio heads to Genoa.  Aventurero has spaghetti marinera, and the Ts have fish ceviche and pizza.  We learn that Genoa is moving off of the Malecon and going to where the Chinese restaurant is – the Chinese restaurant is closing.  Glad we had the chance to eat there at least once, but the spot is hot – maybe when Genoa is there they will install more ceiling fans.  The Trio is stuffed and head towards Mi Tierra, run into friends along the way and briefly stop to chat.  Not enough time to get to the bakery – that will wait until tomorrow.

“What happened to the lights, the side street lights are still on?” 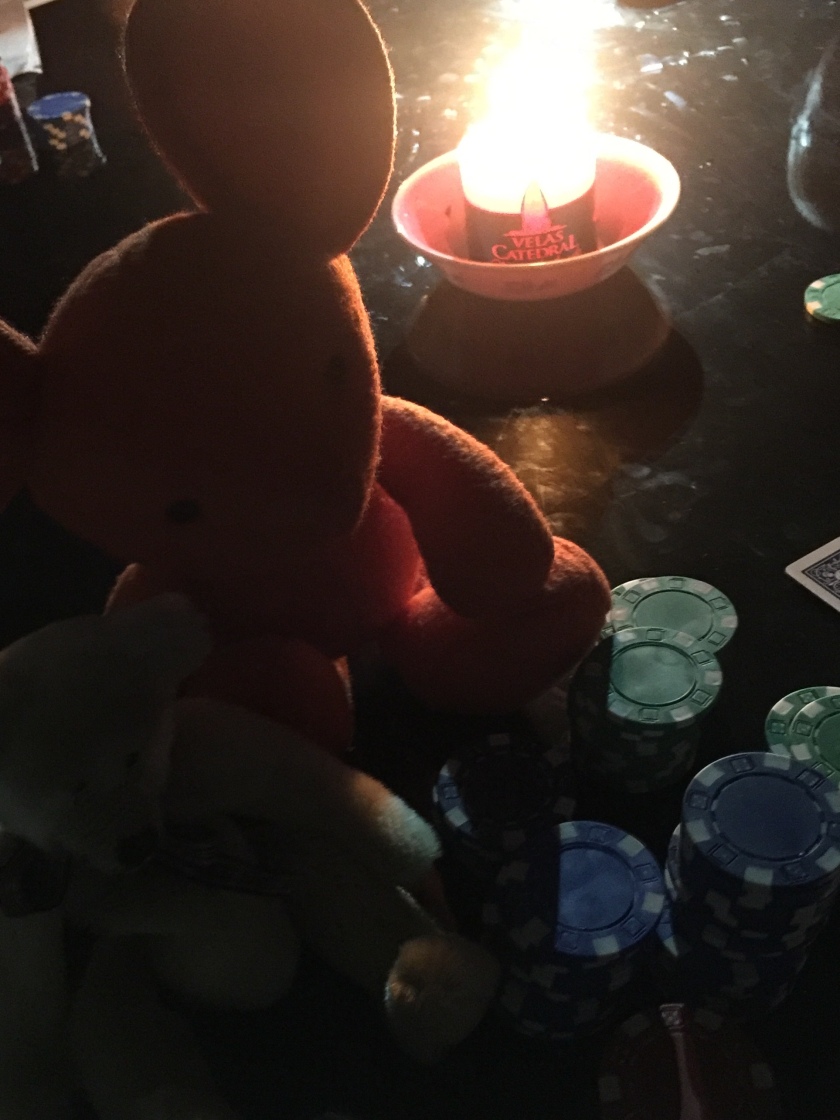 “Another ‘romantic’ night in Crucita Jackson?”

“Nothing romantic about it when you’re trying to play cards.”