“Jackson, we still can’t get on the internet – how are we going to post our adventures?”

“Nilla, as I told you last night, keep a diary in ‘Micorsoft Word’ and then we’ll transfer the notes to the blog when we can, we may need to wait until we return to Crucita.”

“Aventurero is already up and walking around town.  The Ts want to go to Concha La Perla and see what’s there.”

“Aventurero is sitting out front, let’s go looking for creatures.”

A ten minute walk from the hostal to La Concha.

“Aww, isn’t that cute, a sea lion nursing her young on the mangrove foot bridge.” 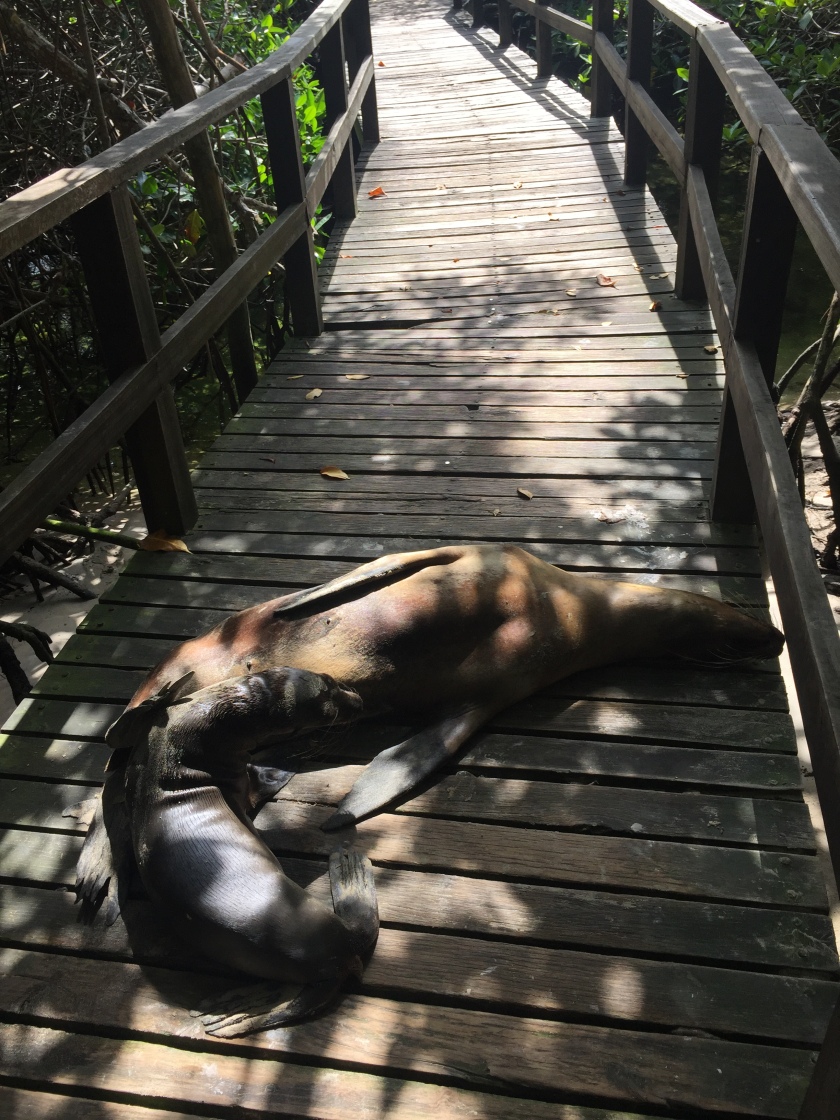 “We can’t get by Nilla.  Remember the distance rules”

“I suppose we’ll have to come back later.  We can go to the beach anyway.”

“This is very funny – look over there – sea lions resting on the wooden beach benches intended for human use – they’re sprawled out, no sharing.  No place for humans to sit.”

“On the rocks out there, those are blue footed boobies out on the rocks and an adorable little penguin Jackson.”

“These penguins are the only ones found north of the equator in thanks to the Humboldt and Cromwell currents Nilla.” 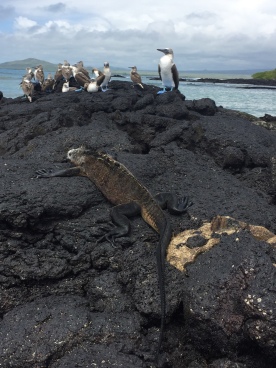 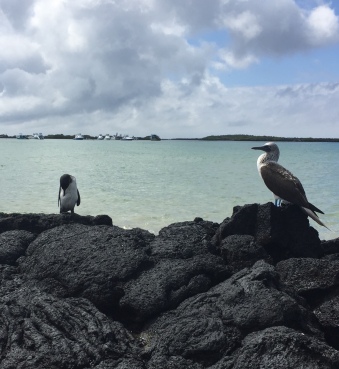 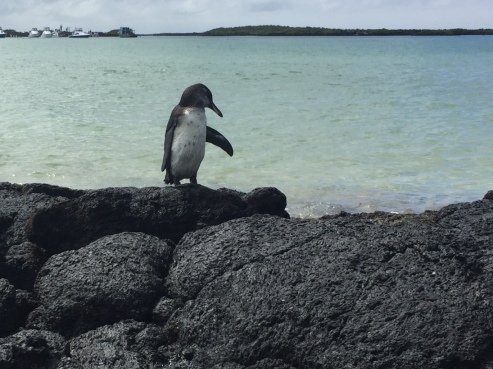 “They’re really not afraid of us coming up close, how exciting.”

“Do you think we can try the mangrove walkway to the Concha La Perla and see if the mother and her pup have left?”

“Jackson, there’s still one sea lion on the boardwalk.  Now what?”

“Nilla, just keep your distance and walk by slowly.”

“Wow, this place is ideal for snorkeling but from what snorkelers are describing, not anything really unusual to see – no ‘rays’ and only maybe a sea turtle siting.”

“We don’t have much time on Isabela – we need to ask about some tours.  We’ve seen lots of marine iguanas, big, small and in between, and now the blue-footed boobies,  but no tortoises in their habitat.”

“The boobies are very graceful divers, their diet predominantly fish.  Did you know that the females are larger than the males and that the males do a courting dance, displaying their blue feet to attract the females?  Many of these blue-footed sea birds breed in the Galapagos but they are also found along the coasts of Central and South America.”

“Nilla, the marine iguana is fascinating too.  It is the only lizard that forages for food in the ocean and they are very good swimmers.”

“But the tortoises Jackson.  There are so many tour agencies for this small town of Villamir Bay.  Which to choose, volcanoes, lava tunnels, snorkeling, kayaking, biking, tintorera tours?”

“Let’s go back to La Gran Tortuga and inquire there.”

The Trio is advised about two nature trails a short distance from town, the first, Complejo de Humedales and Muro de las Lagrimas and the second to the Crianza de Tortugas – which also allows viewing of flamingos in the wild.

“We have a plan Nilla, tomorrow, let’s go to the beach.”

“Let the Trio go, we should probably stay here.”

The beach is beautiful however the underwater rocks are a unpleasant surprise.  The sangudos are merciless and nearly chase the Trio out of the water.

Showered and hungry the three eat a wonderful dinner at Las Palmeras, 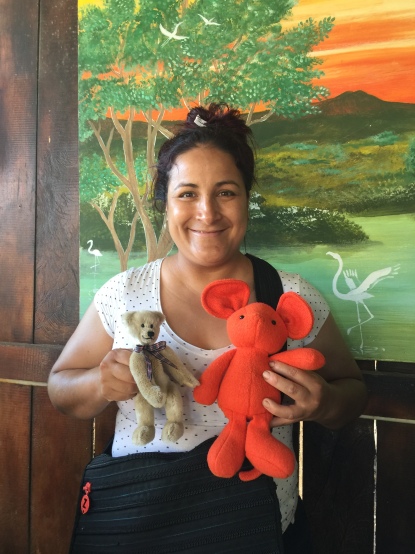 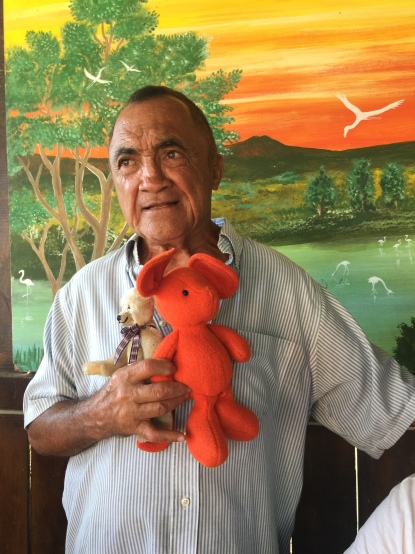 then early to bed for a bright early morning start on Sunday.