“Nilla, wake up, the Ts are getting ready to go.”

“Jackson, they already said that we’re not going with them.  It’s a long hike, about ten miles round trip, very hot, lots of sun, poisonous trees, and overall not good for us.”

“What you’ve been telling me to do, jot down notes in ‘Word’ and get ready to blog when we can.  Besides, we’ll have a lot to review when they return – looking at photos and providing the background information about what they see.”

Hard boiled eggs, fruit, toast, croissants, cheese, guava juice and coffee.  No cabs around to pick the Trio for transport to the beginning of the Complejo de Humedales y Muro de las Lagrimas. So the three begin their morning walk and are shortly picked up by a local cab. 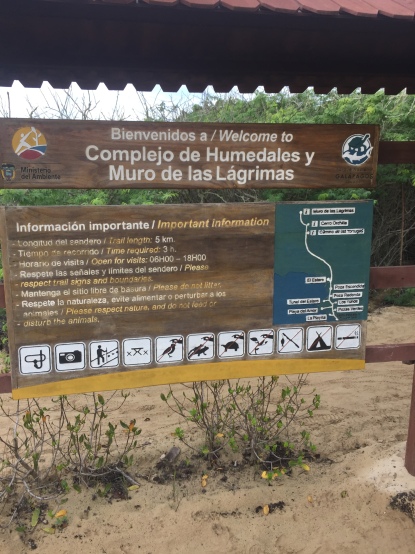 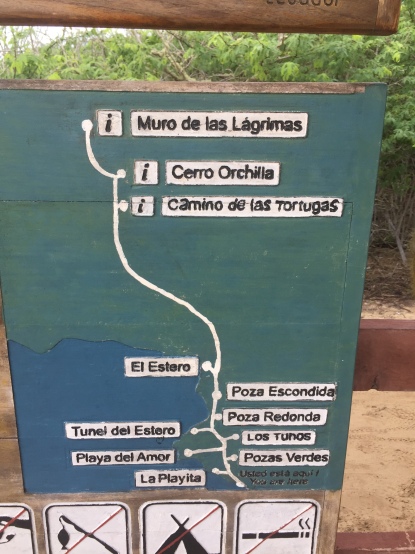 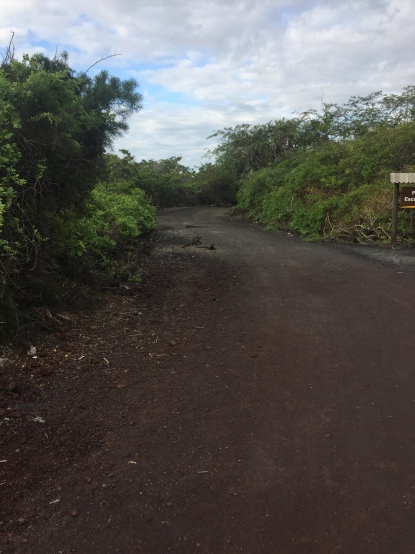 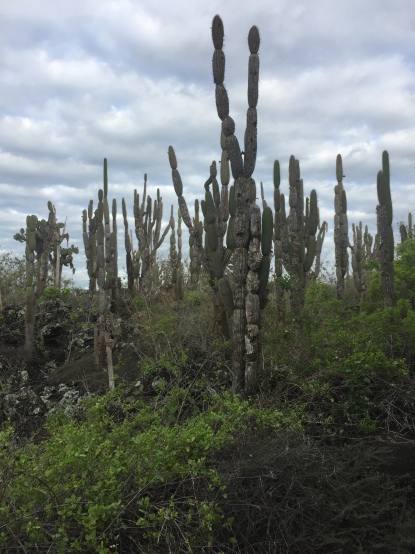 “Jackson, did you know that these candelabra cacti are unique to the Galapagos Islands?”

“They do seem to resemble one, don’t they?” 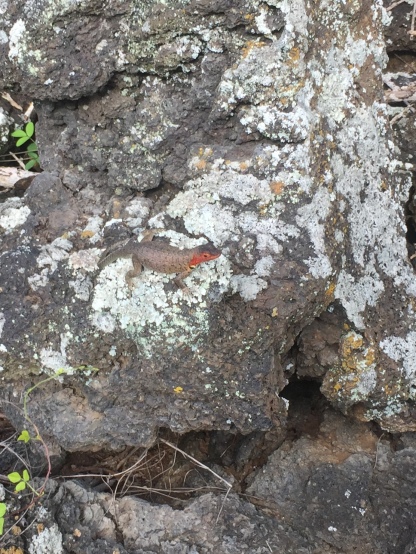 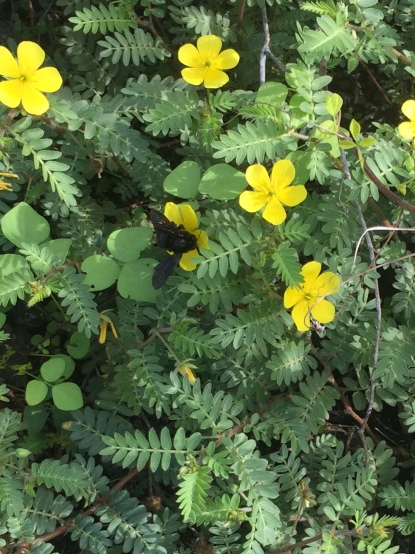 “Lots of lizards along the way and beautiful vegetation including the cacti Nilla.” 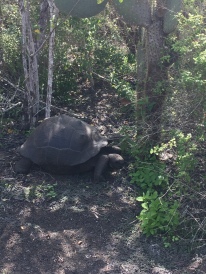 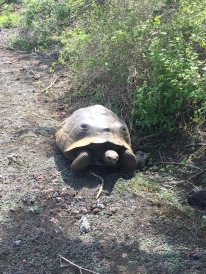 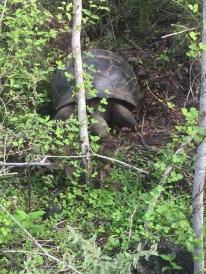 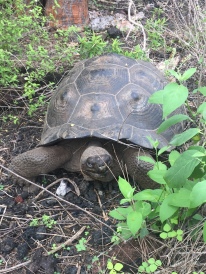 “Look at these giant tortoises – they’re wonderful, aren’t they!”

“Nilla, can a tortoise live without their shell?  They look so heavy to be carrying around with them.”

“The shell is part of their skeleton, so no, they can’t.  By why would they anyway?  It’s part of their protection, a shield of sorts. They don’t ‘shed’ their shells as they grow – the shell grows with them.  The top portion is called the carapace and the underneath, the plastron.  The shell is covered with scutes that are made of keratin and the shell enlarges by the addition of keratin layers at the base of each scute. The male shell can weigh up to 500 pounds and the average female shell about 250 pounds.”

“How old do you think these ‘specimens’ are?”

“These ‘specimens’  Jackson, are most likely near to if not over one hundred years old.” 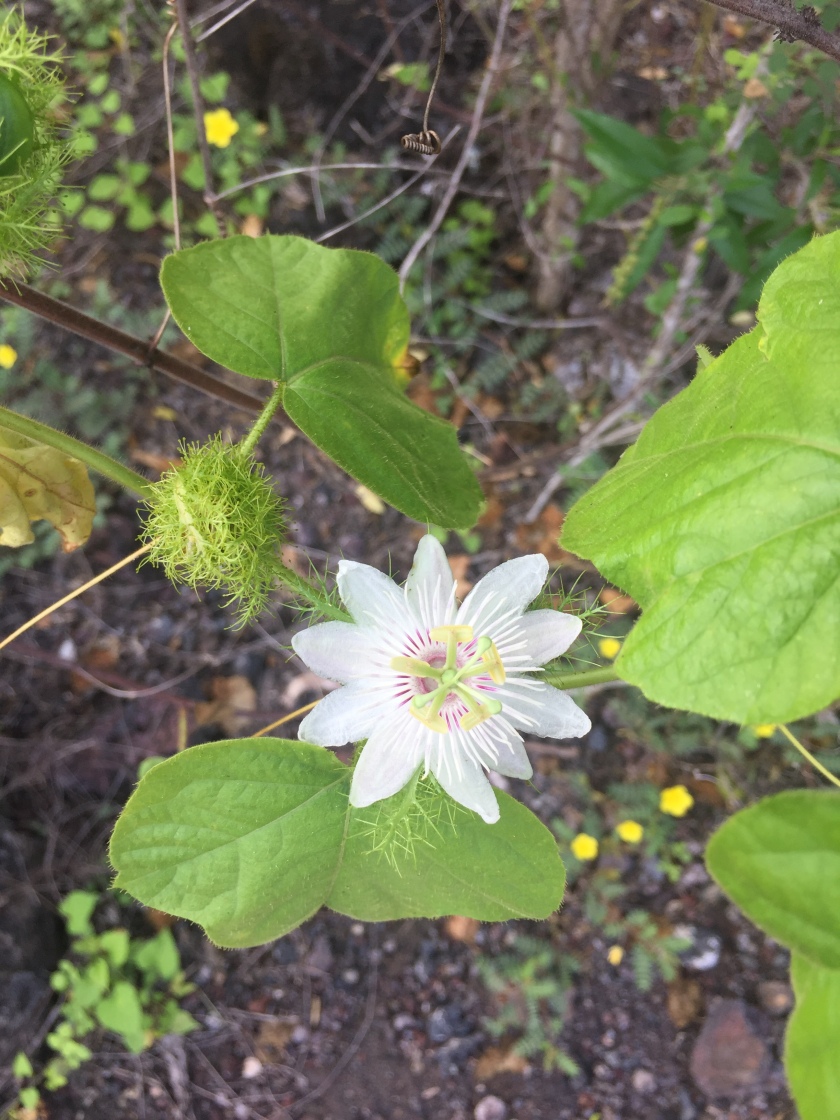 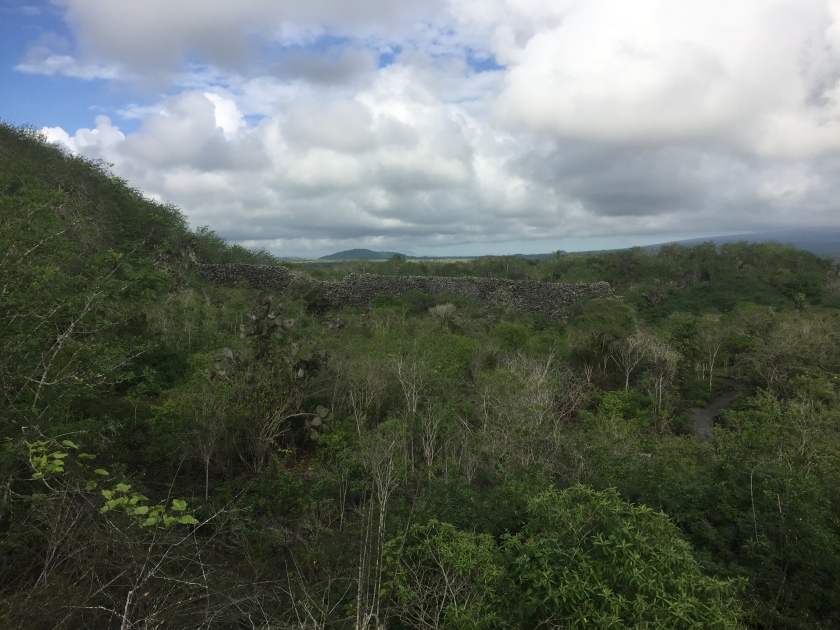 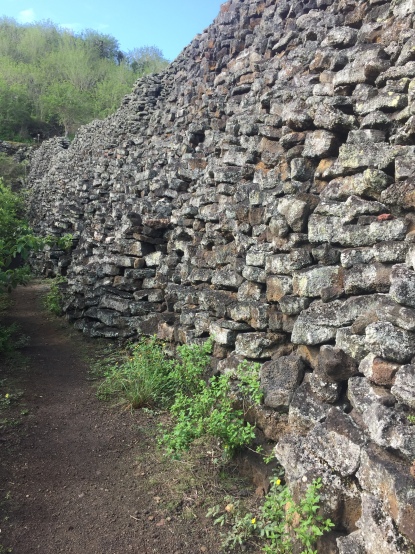 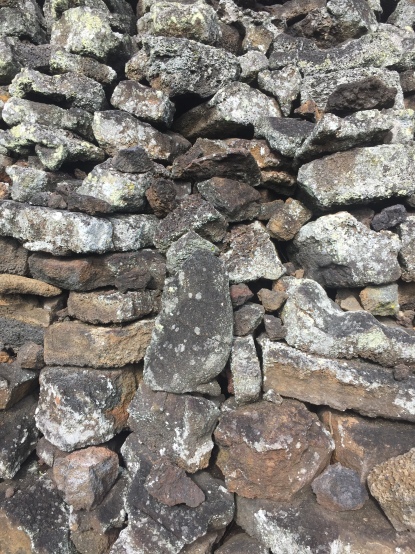 “Why do they call it the ‘Wall of Tears’, did something bad happen here?”

“The wall was built between 1945 and 1959 by prisoners in the penal colony on Isabela.  The penal colony was established by President Jose Maria Velasco Ibarra in 1944, using the infrastructure left by the United States army when it was abandoned after World War II.  The wall is very impressive, about 65 feet high and is called the ‘El Muro de las Lagrimas’ because thousands of prisoners died while building it and because islanders say they’ve heard weird cries coming from the structure.”

“That is tragic Jackson.”

“I overheard the Trio talking about the stairs just beyond the wall.  They said it was treacherous at times with lose rocks, narrow steps and huge drop-offs, one false step and….”

“I heard the panoramic view was spectacular.” 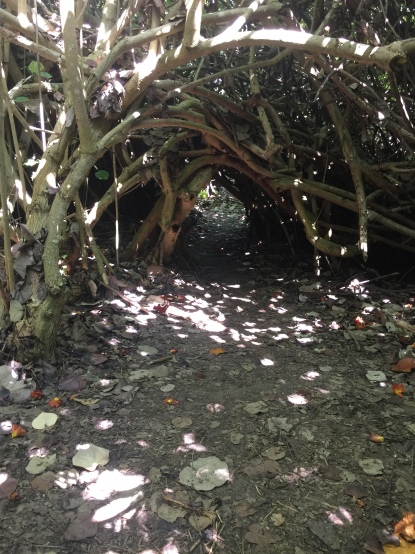 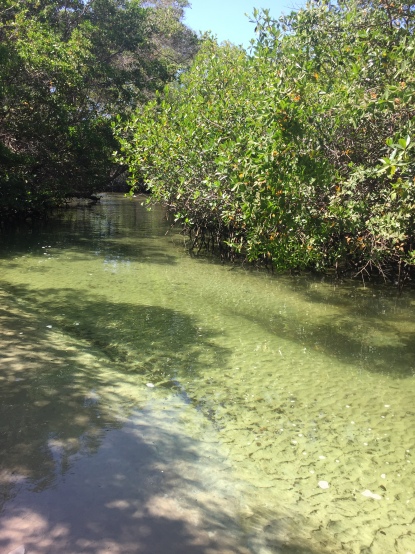 “This is an interesting photo Nilla.”

“Yes, it’s a ‘tunnel’ of sorts made by the majagua trees.  The majagua trees were used to make rope in colonial times.  The trail leads to the mangroves – a beautiful and quiet spot.  Mangroves can grow is salt water and their root systems create the perfect environment for marine species, in fact, one-third of all marine species are born and raised within the mangrove ecosystem.” 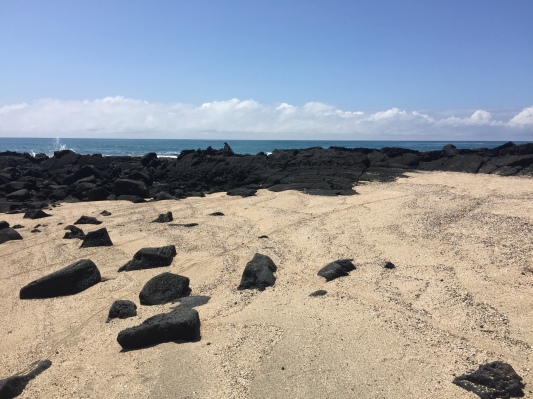 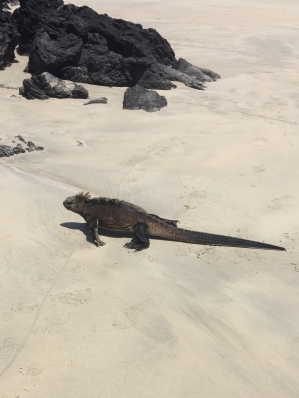 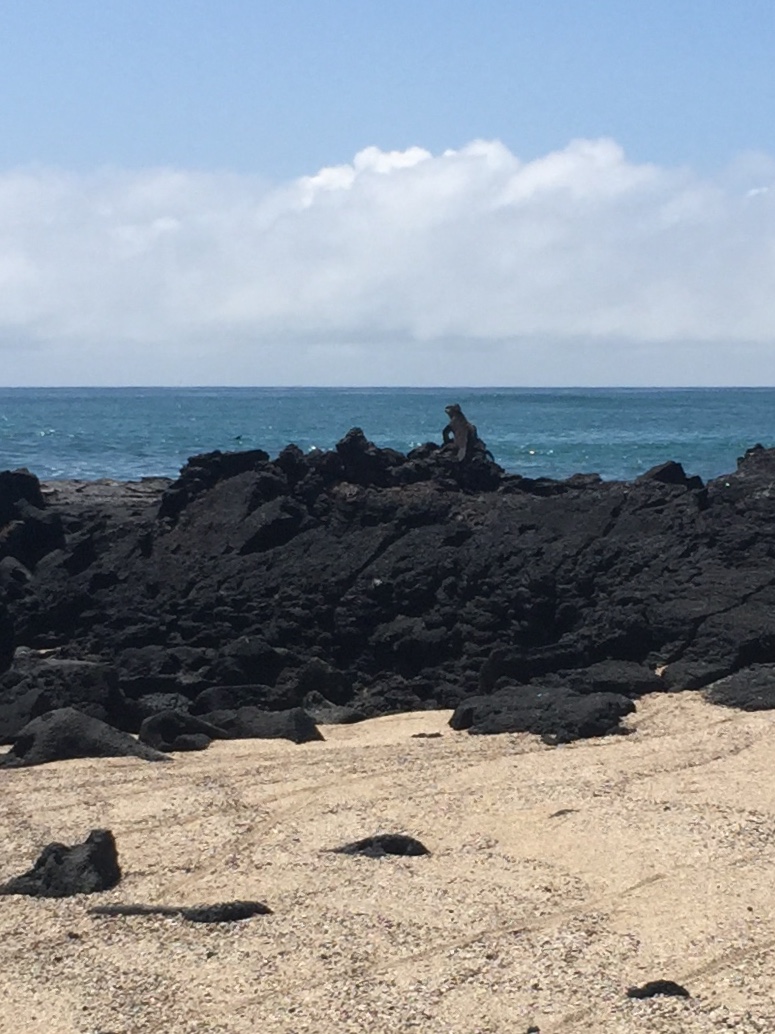 “‘La Playa de Amor’.  Lots of marine iguanas here – in fact just beyond this area is their nesting spot.” 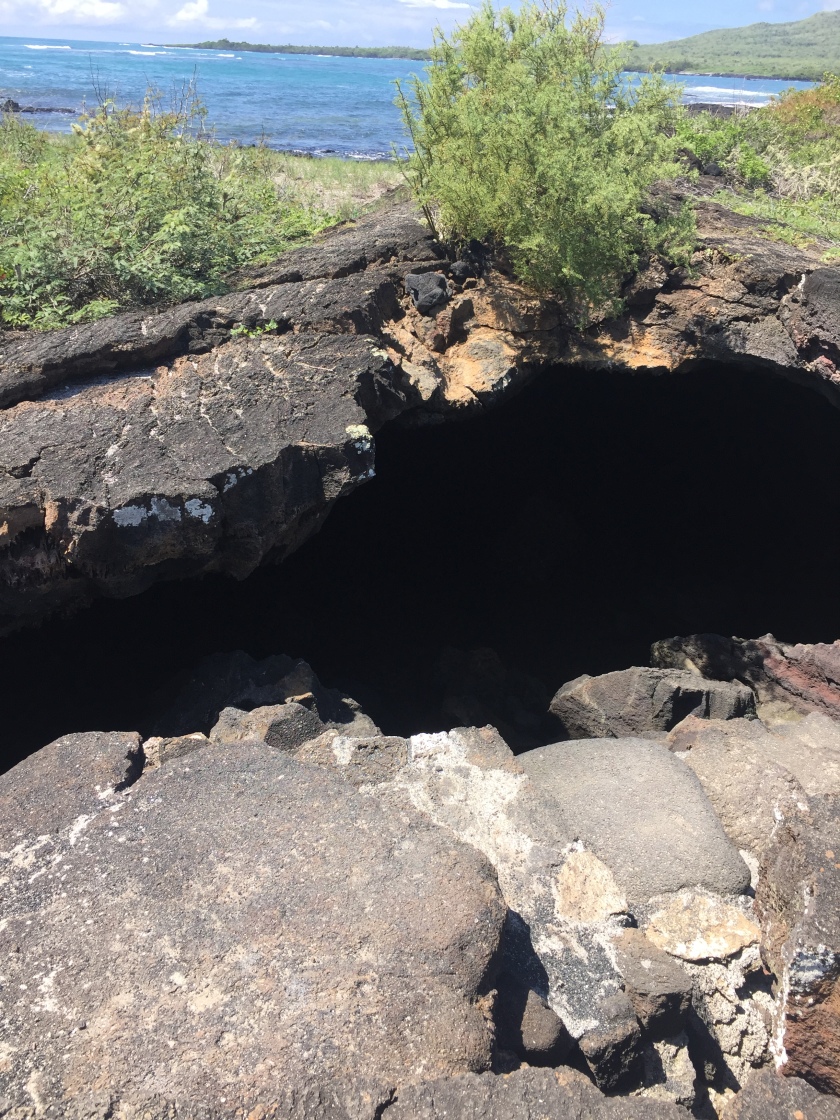 “This is a lava flow tunnel Nilla – the ‘Tunel del Estero.’  Isabela is the largest island of the Galapagos, one of the youngest islands, having been formed by the merger of six broad domed volcanoes with gently sloping sides – Alcedo, Cerro Azul, Darwin, Ecuador, Sierra Negra and Wolf.  Shield volcanoes are composed of fluid lava flow.  Sierra Negra is one of the most active in the Galapagos archipelago.  Lava tubes are formed by flowing lava moving beneath the hardened surface of a lava flow.””

“The Trio certainly had an active morning.”

“They had lunch at the Royal Rock Cafe.  I don’t think they’ll go too far from the hostal for dinner – probably grab some pizza at El Faro, just down the road from here.”

“I think it will be an early evening Jackson.”

“Most likely, especially since they promised to take us with them on the trail tomorrow.”