“The Ts had a nice walk on the beach this morning.  They report seeing lots of live sand dollars, and one torn apart star fish.”

“Haven’t heard from Amarita and Tito yet, don’t know when they will be stopping by.”

“Jackson, and the topic for today is…….COFFEE!”

“What a surprise, I thought that was going to come up sooner than later.  We already have posted some information about Ecuadorian coffee on our entry of January 25th, during our visit to the 1835 Coffee Lab – specialty coffee grown in the Galapagos.  I’m not sure you noticed the video that was showing the ‘Barista Competition.”

“Of course I noticed it!”  Delicious coffee too.  But let’s go back in time.  Coffee was introduced to Ecuador in the early 19th centurey and until the 1970’a was one of Ecuador’s leading exports.  Now, petroleum, shrimp and bananas are the principle exports.  The two types of coffee grown in Ecuador are Arabica and Robusta.  The Arabica is farmed in the foothills of the Andes and along the coastal hills in the Manabi province, mostly on small fincas and in some cases alongside other crops such as bananas, citrus, mangoes and cocoa.  The Robusta variety is grown in the north and is typically used for soluble coffee. Early on Ecuador became well known for its great tasting instant coffee.”

“But Nilla, the decline in coffee cultivation started in the 1980’s when less land was used for coffee plantations and then continued to decline significantly in the late 1990’s because of the lower price of coffee as well as the Ecuadorian economy.”

“The government established a public-private agency, National Coffee Council (COFENAC) to assist in cultivation but did not provide sufficient support to coffee fathers.  In fact, instead they allowed the importation of significant quantities of lower-quality Vietnamese coffee to boost the production of soluble coffee!  Bring on the ‘instant’!”

“Thankfully in February 2015 COFENAC was disbanded, Nilla.  The responsibility for policy, regulation and trade was assumed the the Ministry of Agriculture and Livestock and began to explore ways to provide technical support.”

“Jackson, do you know that Ecuador is one of fifteen countries worldwide that exports both Arabica and Robusta coffee?”

“I want to know why the restaurants in Crucita serve instant coffee.”

“Well, for one, it is cheaper and two, it’s easy to prepare than the traditional method.”

“Coffee grounds are placed in a coffee sleeve or sock, acting as a filter of sorts and then hot water is poured over the coffee – voila!  The grounds are usually saved for the next cup.”

“So the instant is the Robusta coffee variety, right?”

“So what’s brewing in the future of coffee in Ecuador?”

“The coffee situation in Ecuador is looking a lot more promising with the reported increased production in 2017/2018 due to recovery of old coffee plantations and successful harvesting of new cultivators, and this trend is expected to continue with the competition of processed coffees.”

“It seems that Ecuador, because of diverse climate and altitudes, should be poised to create a variety of specialty coffees that could please any connoisseur’s pallet.”

‘In fact Jackson, it is!  Specialty coffees are on the rise in Ecuador because of coffee climate, enthusiastic growers, the use of local roasters, brew bars and competitive and passionate ‘baristas’.”

“So that’s what the 1835 Coffee Bar on Santa Cruz is all about, and the National Barista Competition.”

“When do we start our business – Crucita could use one – get away from the instant!”

“Whoa, we need to find a place to stay for next year first!”

“Café de Loja is the number one best seller.  It is medium to full body, has no bitter after taste, grown at high altitude contributes to its high flavor and packaging in a thick aluminum sealed bag assures freshness.”

“What are we drinking here?” 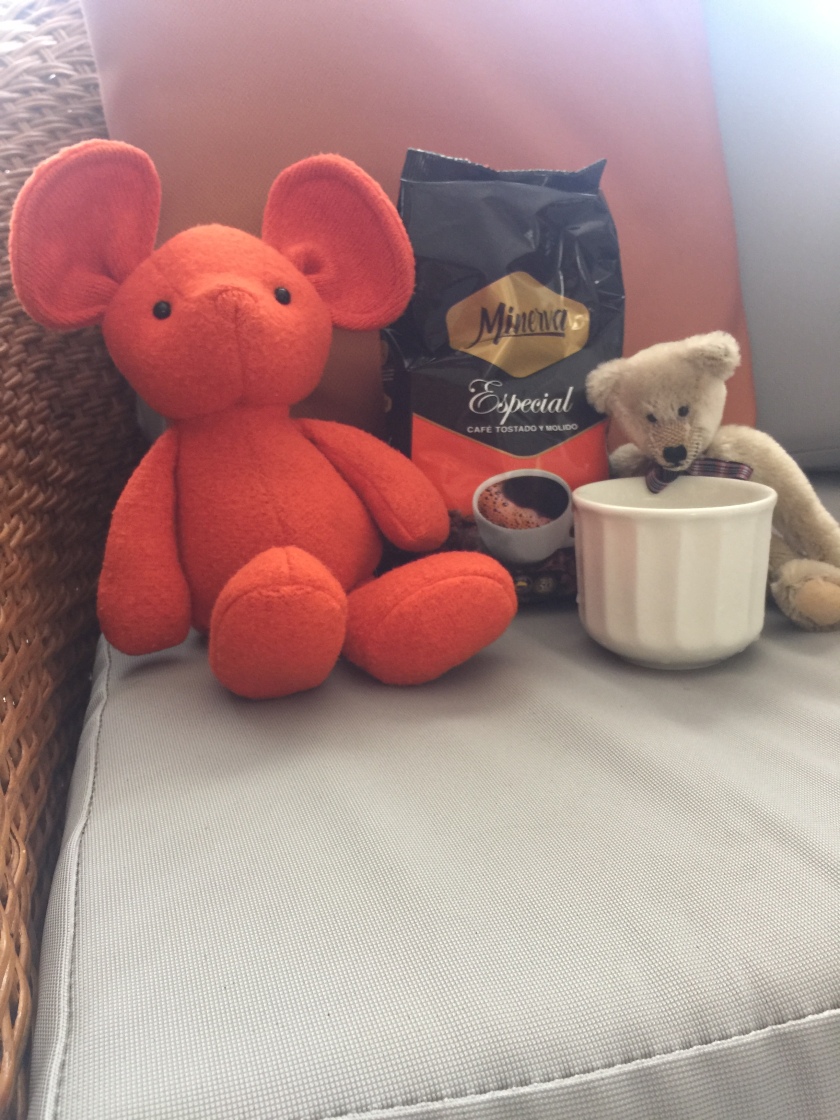 “A blend of Arabica and Robusta beans.  It’s actually pretty good, not bitter even when cold and the Ts have been drinking it with hot milk and without any sugar or sweetener.  Aventurero likes his black and has also remarked on the smoothness.”

“That would be ‘El Cafe’, around forever, and dominating the instant coffee market.”

“Someone should open a brew bar in Crucita Nilla.”

“There are several nearby, we just have to convince the Trio to go to one.  La Casa de la Tortilla in La Sequita, Bar Cafeteria ‘El Dicho’ in Rocafuerte and Dulceria Resbalon also in Rocafuerte.”

“Looks like Kleber won’t be coming to look at the downstairs AC, his child is sick.  At least he let us know.  We’re still waiting to hear from Amarita and it’s almost 4:00 PM.  Who knows when we’ll hear back from Manuco.”

“Don’t you think it’s time that the Ts stop waiting around for people to come fix things?  I know the pace here is more relaxed but when people say they are coming, they need to be here even if they’re the customary half an hour forty-five minutes late.”

“Text from Amarita, won’t be coming, what time is it? – 4:55 PM?  Tito is not around and she can’t do the work herself and haul away the trash from the backyard.”

“The Ts need to let Russell know what is going on here – he needs a property manager that really takes care of this place!”

“Aventurero said he would be coming down the hill a little after four, maybe we can catch up with him, most likely at Ramblas.  Carlos, the taxista, will pick us up here at 9:00 AM to go to San Clemente tomorrow.  The Ts don’t plan to take us this time, which is good because I have no suggestions for tomorrow’s topic.”

The Ts head out toward Ramblas and see Aventurero walking up that way too.  It’s after 6:00 PM when the Trio is joined by El Pelicano, Diego, Guardagatos, and La Novia.  Dinner conversation is lively: Diego and Pelicano’s plans for their restaurant, Venezuelan politics, pachamama (giving back to mother earth), yesterday’s tremor (Aventurero says he didn’t feel it, he was up on the third floor in the hammock, guess the magnitude 6 as measured in Guayaquil was just part of his swinging away), the super bowl, leaking roofs, fish identification (the mystery of espada and picudo continue) and finally the cat.

On the way home the Ts walk by a meeting of the ‘tricimoto-istas’, and cooperative meeting perhaps, this is the second one that they have noted.

It’s going to rain tonight, need to bring the water shoes inside.