“Nope, going to eat pinchos for lunch I think.”

“Remember the flag we saw yesterday in the museum?”

“Our guide told us about some of the symbolism, let’s see what else we can find out about it.”

“Well Nilla, we know that the basic colors of the flag yellow, blue and red. The yellow represents the abundance and fertility of the land, the blue, the sea and the sky and the red the blood shed by soldiers who fought for independence.”

“Have you noticed Jackson that the flags of Venezuela and Colombia share the same colors?”

“Yes, that’s because upon obtaining independence in 1822, the three countries formed a confederation, Gran Colombia, which was dissolved in 1830 however, in tribute to liberator General Francisco Miranda, opted to keep the colors of the confederation.”

“What about the shield?”

“The shield is flanked by four Ecuadorean furled flags, supporters of the shield.  This coat of arms was adopted by the national congress in 1900.  Atop the shield is the Andean condor with wings outstretched, the symbol of the country’s power and strength.”

“Beneath the condor, in the shield is the sun with zodiac symbols on either side, Aries, Taurus, Gemini and Cancer.  Those represent the months of March through July, the duration of the Revolution of 1845.  The olive branch to the left and the palm on the right – the laurel represents victories of the republica while the palm symbolizes the martyrs who fought for liberty.”

“Nilla, the beautiful snow-capped mountain in the center is Mount Chimborazo, the river, the Guayas River and the boat in the middle is also called Guayas.  The boat, built in 1841 was the first river going steamship built on the west coast of South America.”

“Jackson, look closely at the boat, the mast is not really as mast at all but the Caduceus. I thought that the Caduceus was the symbol of medicine.”

“Not originally.  The Caduceus in mythology was the staff of Hermes and Mercury and became known to represent commerce and negotiation and that’s why it appears here.”

“At the base there is a bundle of rods and an ax, what do they mean?”

“The fasces with the ax represents the dignity of the republica.”

“Jackson, I think that explains the symbolism of the flag and the coat of arms.”‘.

“All very interesting, but I think it’s time for some pinchos.  We’ll let Aventurero know.”

“It’s still closed and there’s no indication that it will be open any time soon.”

“Let’s meet Aventurero at the ATM and decide what to do about ‘lupper’.”

“Let’s suggest his favorite restaurant this part of Crucita, they have a balcony overlooking the beach and a nice breeze.”

The Trio selects two orders of calamari and one order of arroz con camarones, yumm. A lot of food – complementary empenadas as well.  Appetites satisfied, Aventurero heads up the loma and the Ts to Las Dunas. More murals. 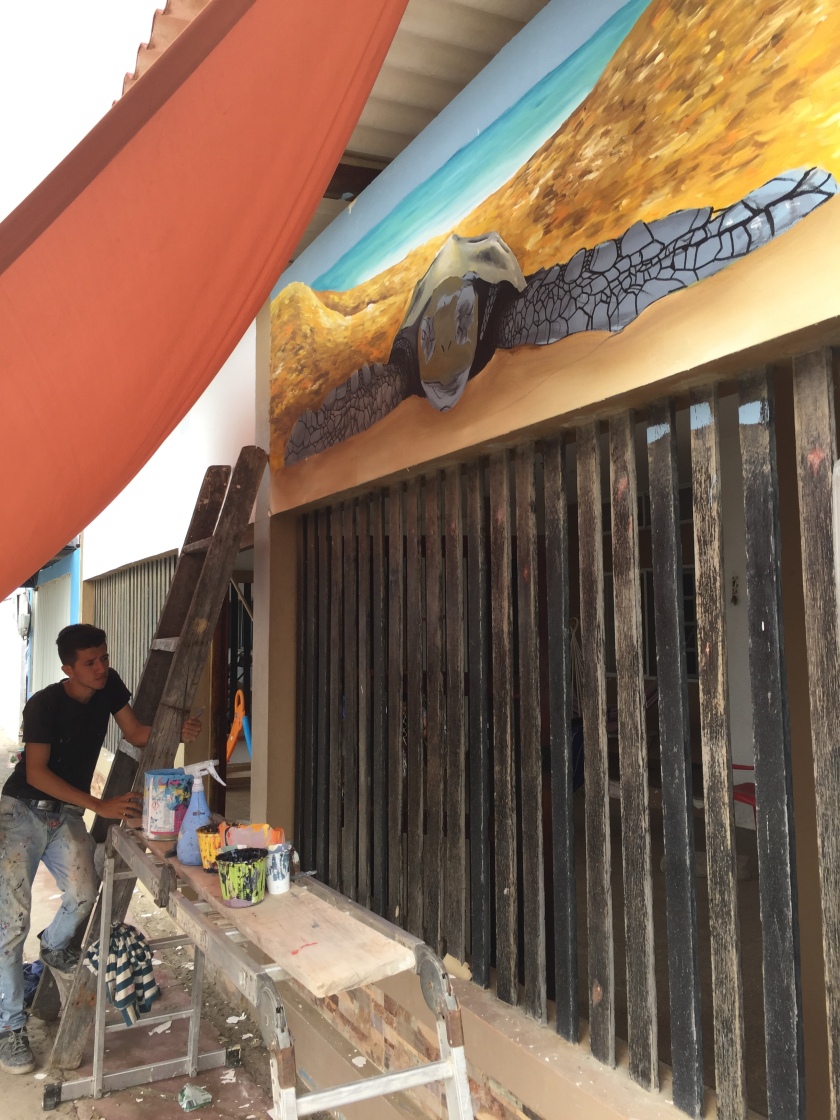 Later thinking of the bakery, the Ts try to find out where Aventurero is and instead find Diego and Guardagatos.  The two of them have returned from Portoviejo and shopping.  The cat count is now eleven.  The sun is about to set when Diego, learning of the Trio’s shopping plans for the next day, offers to drive them to Bahia de Caraquez in the morning.  Another beautiful sunset.

“Jackson, do you think they’ll take us with them.” 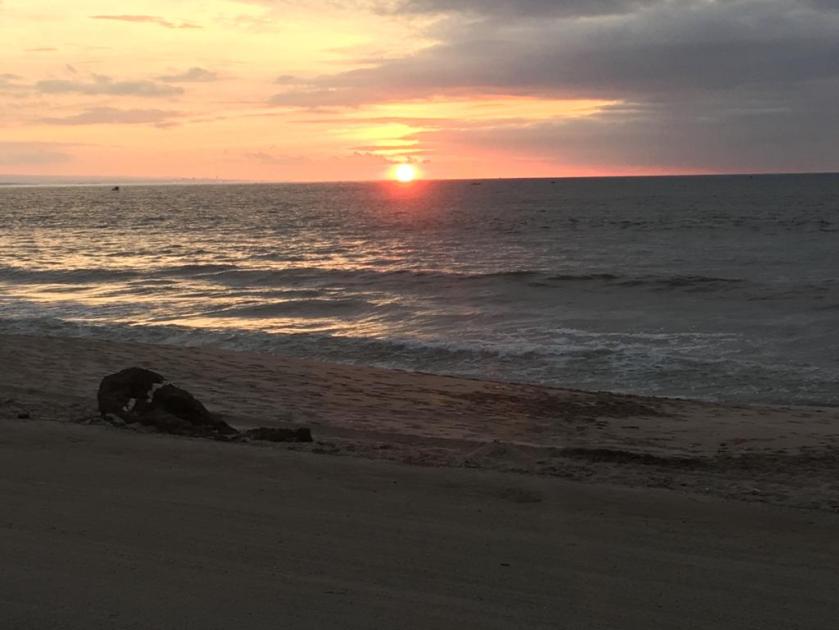