“The Ts said that when they walked to the bakery and Mi Tierra last night that there seemed to be significant preparation for carnival and parking.  Diego said that the malecon entrance to Las Dunas will be closed to vehicles and that the back entrance will be utilized instead.”

“Wow, this is going to be big!  Aventurero is really getting excited – the entire town turning into a giant party!”

“Since it might rain today Nilla and I’m thinking we should go to Portoviejo and take care of the items we bought that still have the security device on them as well as pick up other supplies that we’ll need during our last few weeks here.  Do you have any culinary needs?”

“I’ll have to check Jackson.  I really want to keep it simple.  I still have the piscina shrimp.  We probably need water and milk.  Coffee is all set.  The Ts are bringing some Ecuadorean coffee back to the United States with them.”

“The Ts also have to get back over to San Clemente to Ensenada to confirm their plans for their return visit to Ecuador.”

“They should probably do that this coming week and avoid travel during carnival.”

“So Portoviejo it is.  It’s Aventurero’s cleaning day up on the loma.”

“And Aventurero wants us to join him at Rimini around 5:00 PM for dinner.  I don’t think we’ll have time to review all my research on the beach rocks the Ts found in time for today’s post.  Most likely it will have to wait for tomorrow.”

“Then what will the topic be for today Jackson?”

“I’m not sure but we’ll think of something.  Remember we were going to check on honey when we go to the market.  Maybe that can be an abbreviated discussion.”

“That’s so sweet of you to think of that Jackson!”

“Oh so now you’re getting back at me for the ‘bad hair’ thing.”

“I’ve got to make that list before we leave.  Grilled cheese sandwiches for brunch today.”

“Are you ready to go?  It’s raining but not hard, just a steady drizzle.”

“I’m glad we didn’t have to wait too long for the bus.”

“What’s happening over there – looks like a political rally Jackson.”

“I hope the market security staff doesn’t give the Ts a hard time about the alarm devices.”

“They won’t and see, they just told them to go to ‘area three’ to have them removed.”

The sticky sweet stuff is down isle 8B – not much honey on display, an none from the honey company we posted about either.  And look this ‘econo mil’ stuff doesn’t even contain honey – just a picture of bee wings on the label.  And the one on the far right is from Mexico.  That’s really disappointing.” 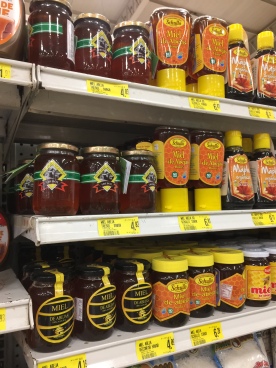 “Nilla, look over there, the foam stuff for carnival.  We should get a can for Aventurero.” 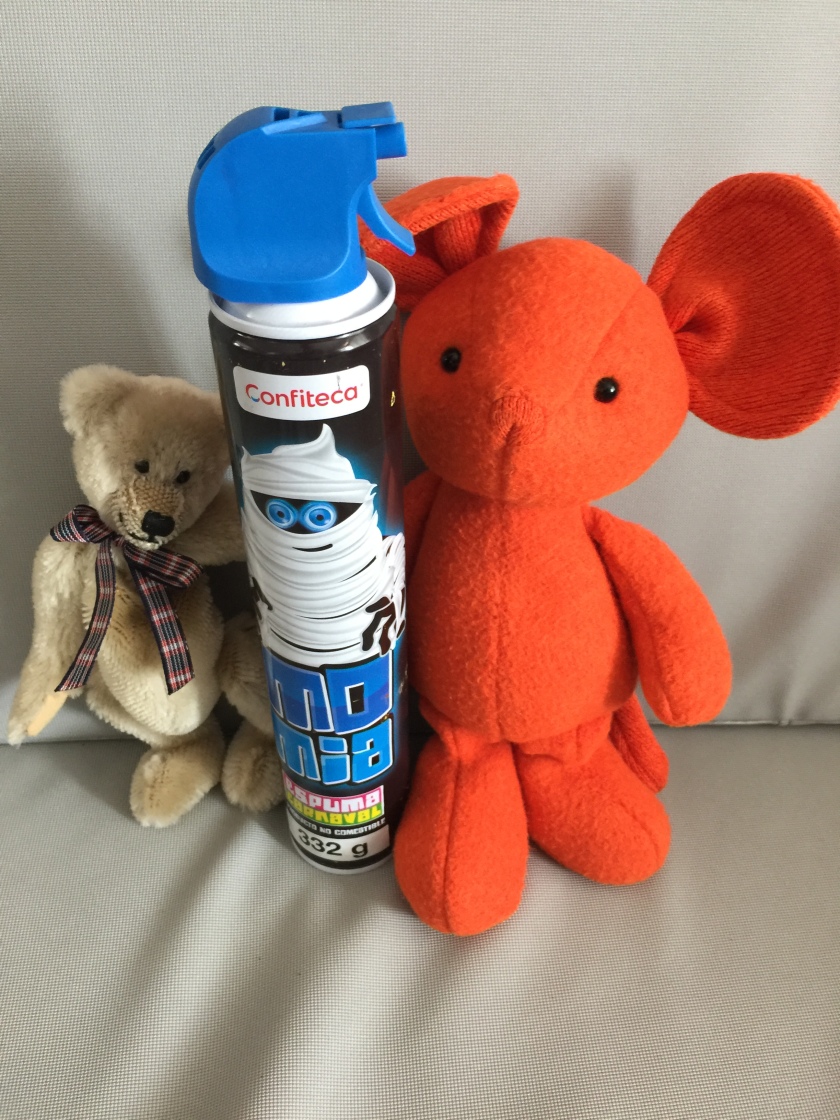 “We’re back in plenty of time to go to Mi Tierra and wish friends a safe move to Manta.”

“Did you see that beautiful horse prancing down the malecon?  The guard says there are quite a few horses down toward Primo Dos.  And the music, sounds like live mariachis, no boom, boom, boom from car speakers either.”

“I have no idea, but we need to get to Mi Tierra if we’re going to keep our social schedule this afternoon and evening.”

“The Ts’ friends are so nice Jackson.  I’m going to miss them.”

“We might see them again before we head back to the U.S.”

“Look at the time – we’re going to be late catching up with Aventurero.”

“Rimini is busy and there’s Aventurero.”

“Dorado a ajillo, dorado apanada and langostinos, all absolutely delicious.”

“Their food and beverage service is so consistently great Jackson.”

“Here come more friends, just stopping by to say hello. Diego and Guardagatos have new hats too, live it up cowboys!”

“Things are so spontaneous around here especially on the weekend.”

“Nilla, look here come the horses down the malecon, must be thirty or forty of them!” 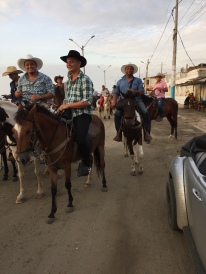 “They say this is an annual event, a prelude to carnival.”

“If this is any indication what carnival is going to be like, it’s beyond my expectations Nilla!”.

“What’s that pony doing in Rimini – no animals allowed – guess there are exceptions to every rule.”

“The Ts will have to watch where they step walking back to Las Dunas.”

“Diego says they have a clean up crew, some guys dressed in blue – scoop patrol.”

“It’s getting late – the commotion has quieted down.  We need to get some rest if we’re going to get together tomorrow at Maria’s for brunch.”

“Good night Jackson, too much excitement, not sure I can sleep.”