“Jackson, I thought it was rather interesting, numerically speaking, that the week began with 02/02/2020.”

“Nilla just think you can have another zero and two date on the twentieth of this month, just think!”

“Don’t make fun of me Jackson!  What did you think about the gentlemen ‘herding’ the gaggle of geese?”

“He was selling the little goslings.” 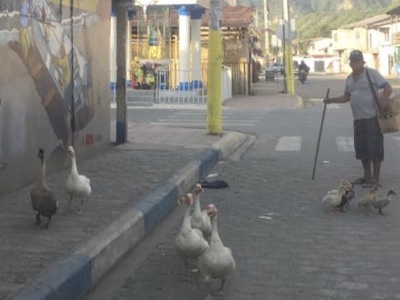 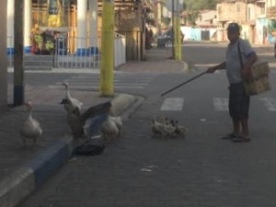 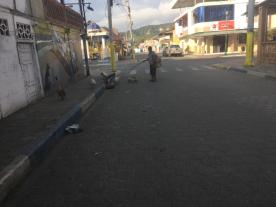 “The Ts were almost late for the super bowl party because they stopped to chat with the geese keepers.”

“Ahh yes, the super bowl – your team didn’t win and there were no ‘Jacksons’ on either team so…”

“I think it was rather boring myself.  We did wear red though, despite the ‘distinguishing’ scarlet of the 49ers.”

“The half-time program was raunchy – and people were upset with Janet Jackson’s performance in 2004!”

“Uh-huh, cringing Jackson, but that’s what the public seems to want – I won’t watch the show next year.”

“And we didn’t get to see the commercials – watching via a Latin American TV broadcast.”

“Then the Ts didn’t have the school program on Monday, delayed a day, so that gave them the opportunity to work on the song props some more.” 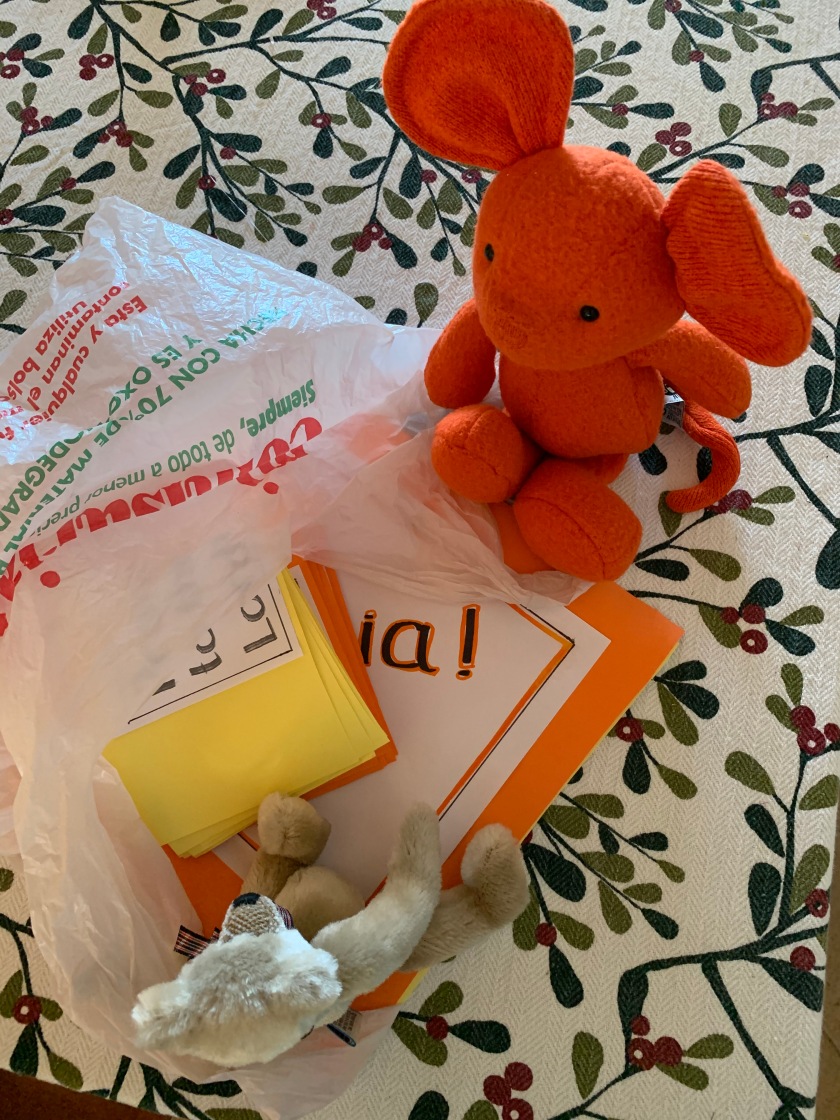 “The kindergarten students were so cute with the graduation caps and sashes and the skit, dancing and singing.”

“But the ending was certainly different from what I’d heard.” 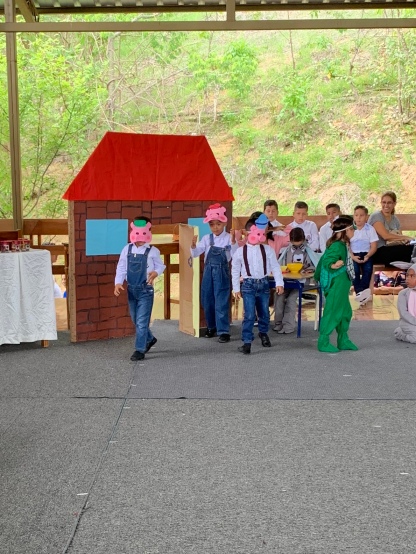 “It was a looong program Nilla.”

“The band was good. The first graders were more interested in waving at their families in the audience than singing.” 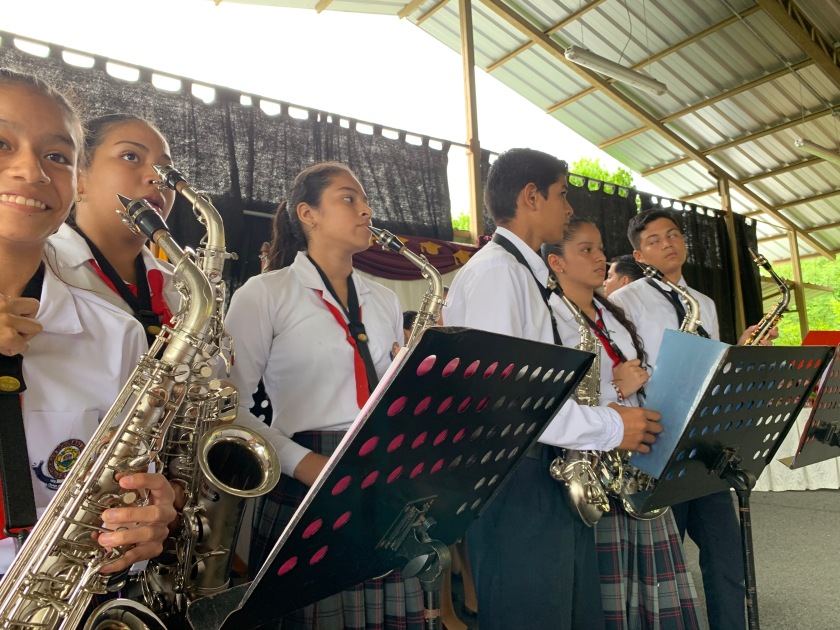 “So let’s turn to politics Nilla.”

“Not a good idea Jackson!”

“But don’t you think we need to say something about the goings-on at the State of the Union address?”

“All that needs to be said is this – the departure from the standard introduction of the president by the speaker of the house, non-acceptance by the president of the speaker’s extended hand and then the speaker’s tearing up her copy of the speech clearly shows the division between parties, and no desire to unite the people of the United States.”

“Nilla, it should have been called the State of Disunion Address!”

“Jackson, let’s leave it at that.”

“Going to Montecristi with Aventurero and his guests on Wednesday was fun, and they seemed to have a good time.”

“The Ts always seem to enjoy Montecristi and plan to go back in the coming weeks.”

“The week’s conclusion was a quiet one.”

“It was compared to other places in the world with the coronavirus.  So many deaths in China.”

“Quarantines and restrictions in place – hoping to curtail the viral spread.  There was one suspected case here in Ecuador.”

“Yes, but the test was negative! The Ministra de Salud is advising routine precautions as noted on this sign in the bathroom in the Mall del Pacifico.” 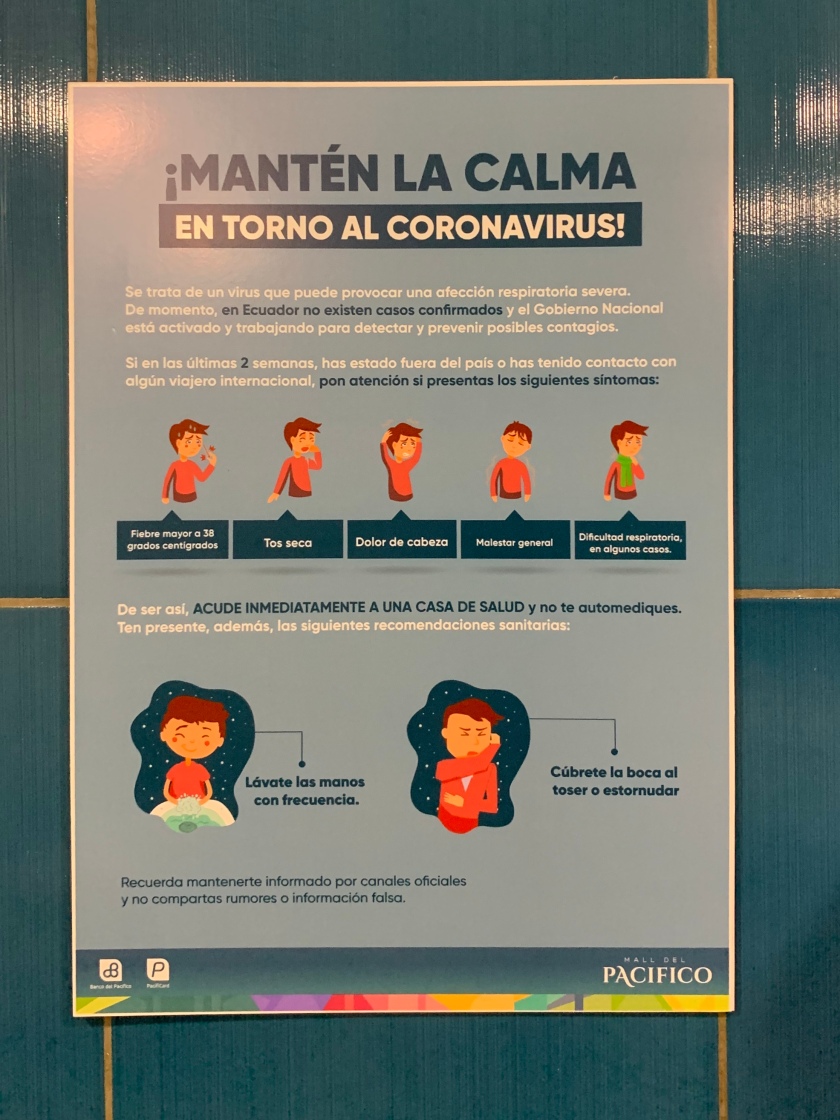 “The world seems so far away while walking the beach.  I find it so interesting that the broken bits and pieces of shells on the beach were once homes to many sea creatures – the pieces create a beautiful mosaic don’t you think Jackson?”

“Don’t the Japanese have an art form for putting pieces back together again.”

“I don’t think they could possibly accomplish that with these shell pieces, but yes, the art is called Kintsugi and dates back to the 15th century.”

“The broken item is pieced back together using a precious metal and gives the repair a distinctive look, art as they call it.”

“Yes Jackson, it’s based on several Japanese philosophies – wabi-sabi which finds beauty in the imperfect, mottainai which regrets being wasteful and mushin which finds acceptance in change.”

“Very thought provoking – have to think about that the next time we break something!”

“Oops, almost forgot the birthday party in Crucita at Neisser’s place – the Ts got to ride the bus there on ‘Aventurero’.” 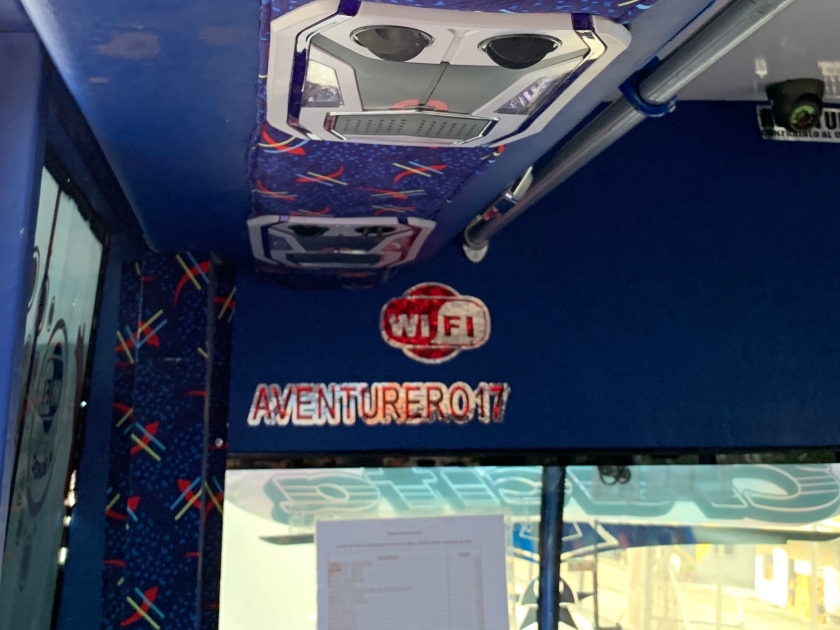 “What did our Aventurero think about that?’

“He thought it was funny.”

“First a fishing boat and now a bus – what will be next?”

“From the signs on the malecon, changes are coming to Crucita.”

“Looks that way.  One way that is, at least for most of the malecon and no parking on the beach side of the road as well!”

“During carnival parking isn’t allowed anyway on the malecon.”

“These changes are happening after carnival!”

“It will be interesting.”

“The week ahead could be a busy one.  Heard there are dental cleaning appointments for one thing and then possibly optional vacation school at Sathya Sai.”