“The week started out a little slow Jackson.”

“Yes it did Nilla – dinner at Zuah – they have a large menu selection as well as making a thin crust pizza that the Ts seemed to enjoy.”

“The service could be a bit better.”

“There’s really no rush, you’re there to eat and relax!”

“I like the butterfly drawing on the balcony wall.”

“Yes it is lovely.  The detail and the seahorse too!”

“They’re already getting ready for Valentines Day – which is five days away!” 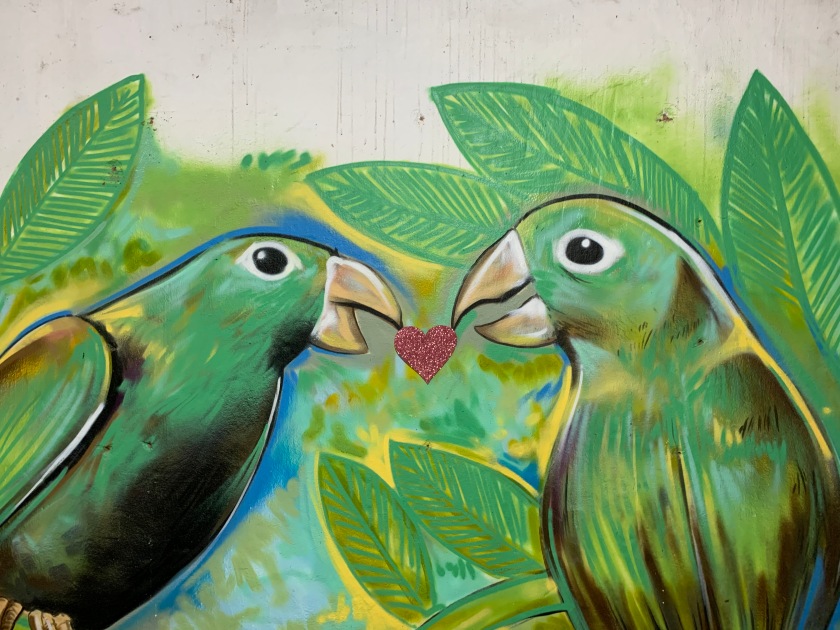 “Monday’s walk on the beach was phenomenal!  The Ts saved a little fish and two sand dollars.”

“But what was happening with those dead spiny puffer fish Jackson?” 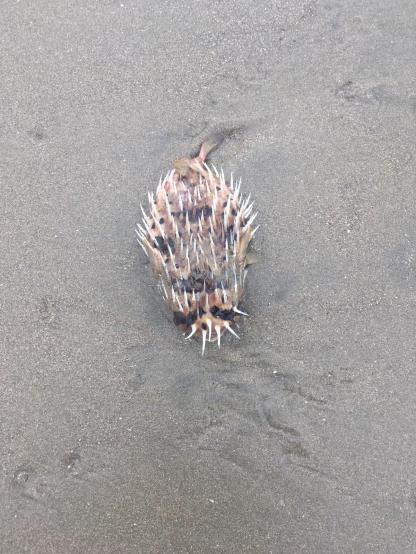 “The Ts walked all the way to La Boca and back, they walked 8.2 miles that day!”

“Tuesday was truly an exciting day and is one of the reasons we’re calling this week an decision maker.”

“Yes, dental cleanings for them both at Top Dental in Manta – hydro-sonic cleanings – a pleasant experience and Dr. Victor Carreno is so nice.”

“So is his wife – the Ts rate the practice five stars!”

“They’ll be returning to Ecuador in October instead of December so they can receive their dental care here Nilla.”

“They’ll have to work on the prorroga details.”

“And then leave Ecuador in order to return and be eligible for the tourist visa again.”

“Aventurero did it this year without any problems Jackson!”

“The fun part of going to Manta is that they also were able to enjoy sushi at Kobe’s again.”

“Wednesday it was back to the school to find out about the offerings for vacation school.”

“It was a good thing that they went because when they tried to access the internet it was soooo slow any class would be over before anyone could access any of the programs.”

“So now they’re installing fiber, and we’ll see what happens next week.”

“And Nilla, don’t forget the Ts are also working on a new desert to serve with coffee at Mussol.”

“The taste testing of the concept went well.  Now it’s a matter of teaching the owner/cook.”

“Maybe they’ll do that next week, although they’ll be in school provided that the computer lab is operational.”

“Since we will be in Ecuador longer, the Ts are looking at less expensive options for rentals – the one in Marisol is nice – not on the beach but still has a pool and the beach is one block away.”

“The Ts can walk that easily!”

“And we come to Thursday Jackson.”

“To Montecristi for some Christmas shopping, and key lime pastry with cafe con leche yummmm.”

“They arrived back in San Clemente just as Dona Costilla was opening up – wonderful ribs and T bone steak.” 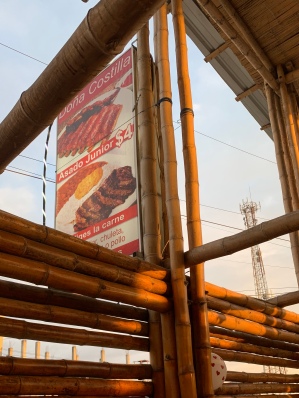 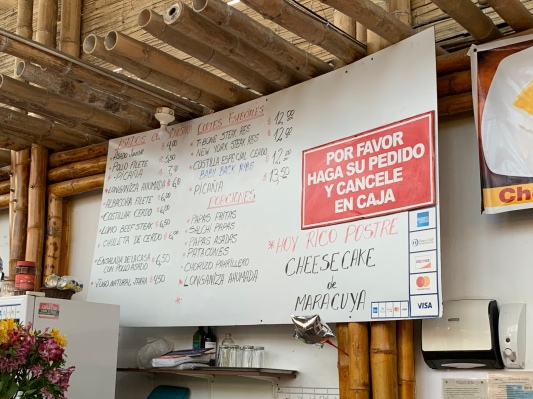 “It’s back to fish after that meal.”

“They serve fish there too Nilla.”

“Aventurero is coming for a visit and they’re planning to go there then.”

Oh, and this week the fishermen have resumed the manual hauling of the nets onto the beach.”

“I’m not sure why they stopped – it could have been the vedas.”

“Blue crab veda is over now, since the 15th Jackson.”

“It was interesting and impressive to watch the fisherman weaving a fine net.”

“Doubt it is for ocean fishing, probably for river cast fishing.”

“So why are we calling this the week of decisions?’

“You know – it’s about the prorroga – we’re going to Lima, Peru in December so that we can renew the tourist visas.”

“Another exciting destination for us!”

“We need to do some research for the blog Nilla.”

“The Ts already have a guide to Peru, we’ll just have to review it, and we’ll be all set.”

“The reading of the initial book chapters by the women from the women’s writer group at Mussol made for a delightful Saturday evening.”

“We’ll need to be patient and wait for the next chapters.”

“Nilla, those frogs are really funny, they make a sound that’s so similar to that of a kitty or puppy in distress.”

“Jackson, those ‘distress’ sounds are mating sounds of the glass frog.  Rainy season is mating season.  They come out of the trees to mate.”

“Why do they call them glass frogs?”

“Because although generally a pail green, you can see the internal organs through their skin.”

“We haven’t seen one yet Nilla.”

“School in the mornings in the computer lab – let’s hope the fiber installation is complete.”